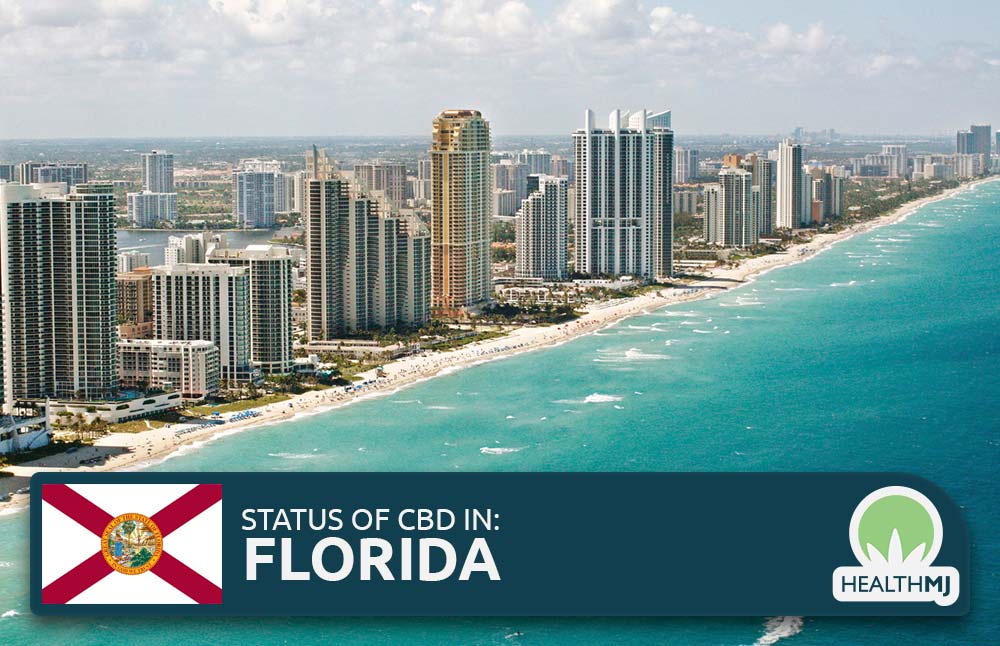 As CBD-mania sweeps through the country, Florida has been hit hard. The CBD industry in the state continues to grow, and consumers become more interested in the substance as a potential form of alternative treatment with each passing day. As CBD and cannabis continue to be the subject of hundreds of research studies all over the world, citizens and legislators alike have been forced to evaluate how changing laws apply to the growing industry.

In Florida, lawmakers have responded to the hype by dividing CBD products into two distinct categories. In the first, Florida recognizes high-THC CBD derived from the cannabis plant. This form of CBD is only legal if it is used under the state’s medical-marijuana program, which allows select sufferers with qualifying conditions to purchase, possess, and use marijuana products without threat of legal repercussions.

Additionally, Florida allows consumers, even without a doctor’s recommendation, to purchase any amount of industrial hemp CBD. Hemp CBD contains very little THC, the key ingredient that gives marijuana users that characteristic “high.” This form of CBD does not show up on most drug tests and is legal in all cases in the state of Florida.

In the United States, each state is allowed to legalize or deny hemp within its borders.  The regulations may involve issues such as cultivation, growth, and the like. Having a general sense of the regulations can help individuals, such as stakeholders, to make decisions concerning the process. This particular overview will cover the substance in Florida.

A 2014 Florida law legalized medical marijuana usage for all patients who have “life-threatening diseases.” However, the state’s law is unique in the fact that it requires marijuana products accessed under its guise to possess relatively low THC content. Patients who qualify with one of several illnesses can obtain a recommendation from their physician for a place on the state’s medical cannabis registry.

CBD derived from the industrial hemp plant contains only trace amounts of THC and typically cannot create a “high.” According to the federal farm bill of 2014, the industrial hemp industry is legal. The only stipulations to this blanket legalization are that companies must only manufacture and distribute hemp products with a THC level of below 0.3%, and these products must be derived from the hemp plant—not the cannabis plant.

Florida’s state hemp program was established in June 2019 when Governor Ron DeSantis signed Senate Bill 1020. The Bill establishes the Florida Hemp Program, which would be under the Department of Agriculture. The Department is responsible for hemp licensing and cultivation.

Under the Bill, hemp is defined, as a substance or compound that is intended for ingestion and that is derived from or contains hemp and no other controlled substances. To cultivate hemp, the Florida Department of Agriculture and Consumer Services must issue the cultivator a license. Further, cultivators are permitted to obtain seeds only from cultivators that are certified by a certifying agency or university that conducts a hemp pilot program under the state’s hemp agricultural pilot program.

Since it appears that the Department has developed proposed rules. The proposed rules can be found here, and involve issues such as the cultivation of hemp and hemp extract. The FAQ on the Department’s website indicates that individuals are not yet permitted to plant hemp and that an announcement will be made as to when applications will be accepted.

The Pilot Program in Action

Although the rules are still proposed rules, the University of Florida has received approval from the University’s Board of Trustees. The approval is for the development of hemp management and cropping systems that could be beneficial for the state. The announcement explains that there are many uses for industrial hemp, such as for fiber, building material, pain relief, forages, and more. Further, the report distinguishes between hemp and marijuana – hemp contains under 0.3% THC per dry weight. In addition to studying the applications of hemp, the study will also look at its risk, such as the plant’s potential as an invasive threat.

Though this guide was created as a resource and all attempts were made to ensure accuracy, readers are responsible for making sure that they follow all relevant local, state, and federal laws.