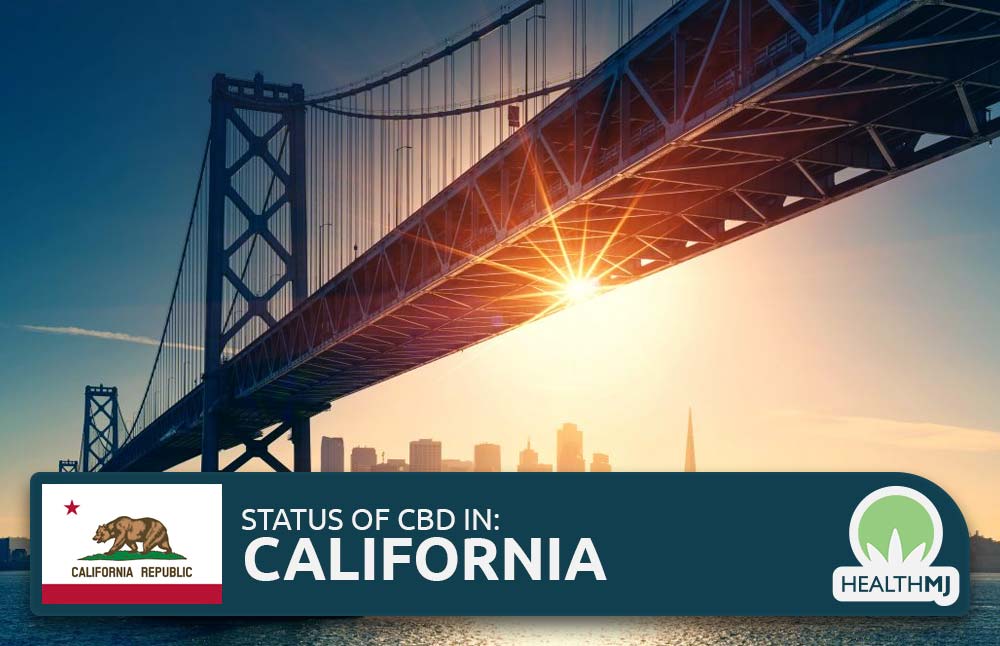 A quick legal guide on the CBD laws in California and a review analysis of how hemp-derived cannabidiol products are regulated in the state of CA, US

The tide is changing concerning what most men and women turn to in order to experience relief from issues such as pain, anxiety, irritation, and the like. These days, many are turning to cannabidiol, which may be able to provide such relief.

Since the 2018 Farm Bill and state legalization of hemp, states have implemented their own programs for the industry. Given that each state has its own laws and regulations, questions arise as to how each one is faring.

One of the most notorious states where marijuana has become legal is California. Here are the laws that users may want to look at to consider the state of CBD in California.

Understanding the laws and keeping abreast of any changes can ensure that users are constantly in the loop.  Here is a broad and general overview of California’s hemp industry.

The Medical Marijuana Program Act, also known as SB 420, was one of the initial laws passed in California concerning medical marijuana use. This law, passed in 2003, exempted certain patients and their primary caregivers from state law criminal liability for the cultivation and possession of marijuana.https://www.safeaccessnow.org/the_medical_marijuana_regulation_and_safety_act

Those who are able to receive a voluntarily registry-issued ID would be able to possess no more than eight ounces of cannabis or to cultivate no more than six mature or twelve immature plants. Further, those without an ID card would be able to use the MMPA as an affirmative defense. Interestingly enough, even with the passage of the law, jurisdictions could come up with their own restrictions on the operation of non-profit cooperatives and collectives.

In 2015, three bills were passed in the state, together known as the Medical Marijuana Regulation Safety Act (“MMRSA”). The MMRSA was passed to license and regulate commercial medical cannabis activity and it was fully implemented in January 1, 2018. The three bills that are part of the MMRSA are AB 243 (Wood), AB 266 (Bonta), and SB 643 (McGuide).

The Health and Safety Code Uniform Controlled Substances Act provides guidelines concerning the pertinent definitions relating to medical marijuana use as they pertain to that act. While the act provides the full and extensive list of definitions, here are a few of the definitions as they appear:

A Qualified Patient is a “person who is entitled to the protections of Section 11362.5, but does not have an identification card issued pursuant to this article.”

An identification card is “a document issued by the department that identifies a person authorized to engage in the medical use of cannabis and the person’s designated primary caregiver if any.”

Several health conditions appear under the definition of s serious medical condition. These conditions include, but are not limited to, are anorexia, arthritis, cancer, chronic pain, migraine, glaucoma, seizures, persistent muscle spasms, and AIDs.

Recently, the California Department of Public Health (released a memo concerning food products derived from industrial hemp and whether they are covered by Manufactured Cannabis Safety Branch (MCSB) regulations. According to the memo, they are not. Rather, the products are under the jurisdiction of the CDPH-FDB.

The memo explains that “food” is defined as follows by the state:

The memo continues that the definition of food includes pet food, but not products containing cannabis, which are cannabis edibles. Further, even though the 2018 Farm Bill growing or cultivation is permitted by state departments of agriculture and institutions of higher education for purposes of research under a state pilot program or other agricultural or academic research, it is only permitted under the Bill if state law permits it. The department regulating the cultivation of industrial hemp in California is the California Department of Food and Agriculture (CDFA) [more on that below].

According to the memo, “refer to the CDFA for further questions about state requirements for cultivation of industrial hemp in California in accordance with California’s Industrial Hemp Law (Division 24 of the Food and Agricultural Code.”)

When it comes to food additives, the memo explains that the state “incorporates federal law regarding food additives, dietary use products, food labeling, and good manufacturing practices for food.” Under the Controlled Substances Act of 1970, all forms of cannabis are a Schedule I drug, thus making it illegal to grow in the United States.

However, there is a proposal to establish a regulatory framework for products used as food, beverages, and cosmetics. Insurance Journal reports that the bill was introduced by Assemblywoman Cecilia Aguiar-Curry. The Bill would ban restrictions on the sale of food, beverages, or cosmetics where they include cannabinoids, extracts, or industrial hemp derivatives. Meaning, food, beverage, or cosmetics that include such substances would not be considered adulterated. The bill is currently pending a hearing by the Senate Appropriations Committee.

These regulations and others may change though. Senator Wilk introduced SB-153, which would alter the provisions to create greater consistency with the 2014 and 2018 Farm Bills. According to Wilk’s webpage, the measure would alter the state’s regulations concerning cultivating and testing of industrial hemp so that they comply more with the federal farm bill.

The Manufacture, Processing, and Sale of Industrial Hemp Products

The CDFA webpage also provides information on the manufacturing, processing, and sale of industrial hemp and its products. According to the webpage, there currently is no law concerning requirements for these processes.

Further, the CDFA website also recommends that individuals contact their local public health officials concerning information on general rules and restrictions that may involve the manufacture and sale of food containing industrial hemp.

There are also regulations concerning the sale of hemp products at farmers' markets. The webpage identifies the California Farmers’ Market (CFM) Program. The program establishes opportunities for certified products so that they may directly market their products at farmers' markets that have been certified. There is an entire webpage dedicated to the CDFA FAQ on the CFM program.

As previously discussed, laws and regulations are constantly changing. Therefore, users may want to constantly keep up with the passage of any bills and at the CDFA website which provides additional information.

Recently, California Governor Newsom signed a new law called SB-153. The Bill affects the state’s hemp cultivation law. Here are several changes that the Bill introduces. Under the Bill, hemp production would have registration requirements, and the Secretary of Food and Agriculture would need to consult with the Governor and the Attorney General to create and submit a state plan to the US Secretary of Agriculture on or before the 2020 planting season. This process would allow the state to comply with the 2018 Farm Bill.

In addition, the SB-153 Bill narrows the scope of qualification for the established agriculture research institute. The narrowing is to ensure that the qualification is more consistent with federal law. Also, the Bill would mandate registration for both non-commercial and commercial growers that do not qualify as an established agriculture research institute.

Further, the Bill establishes enforcement provisions and penalties for those who make false statements in their applications. Under the Bill, those who have a conviction relating to a controlled substance in a prior 10-year period cannot be part of the industrial hemp program.

Those who are interested in reading the full bill can do so here.

Overall, there is a great deal of information out there concerning the state of marijuana and CBD in California. Because the laws are constantly changing, it is best to continue checking for and being aware of any changes.