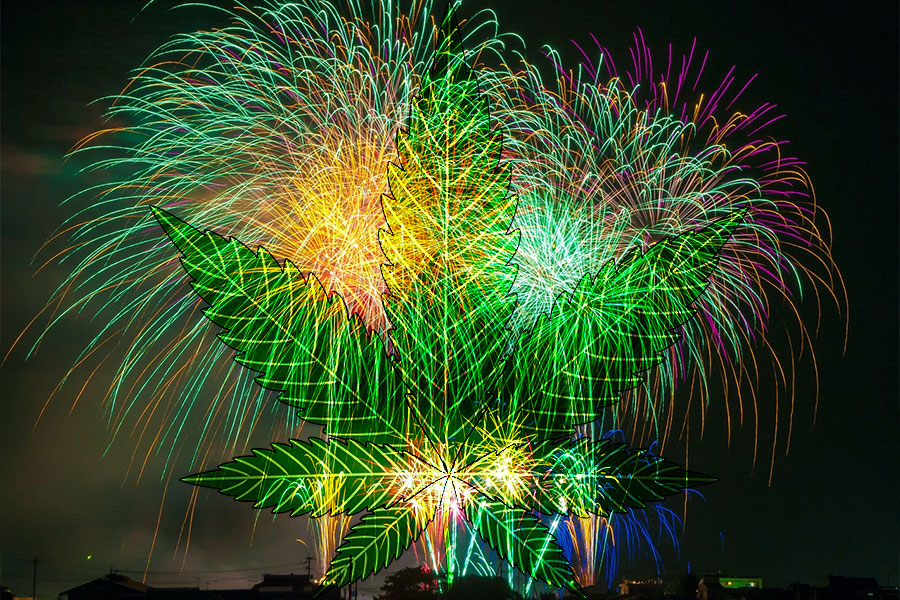 The first-ever National CBD Month is underway as January 2020 marks the celebrated cannabis oil compound's rise to the top of the herbal supplement food chain.

In case you missed it, as everyone's New Year's resolution season is in full effect, we are all now living in a CBD-celebrated month. That's right, the ever-popular hemp-derived cannabidiol extract now has etched its name in history by claiming a whole month on the 2020 calendar and every year after. In 2019, the cannabis oil craze had quite an impressive run, where cannabidiol (CBD) captured the number one spot as the best-selling health-related natural herbal supplement according to the American Botanical Council's 2018 HerbalGram Herb Market Report.

So it should come as no surprise that cbdMD has established the whole month of January as National CBD Month. This year is the first time the month is being celebrated, and the official founder who declared January 2020 as National CBD Month is promoting it with discount sales, educational information, and other promotions. If there’s ever been a time to try CBD in a cost-effective way, now is that time.

There are many people that believe that CBD is capable of helping with pain relief, anxiety, inflammation, and a wealth of other health benefits. The prized cannabis oil compound, which is just one of 113 components (including THCP) that have been identified in cannabis, is the second-most active in the plant, and consumers can find in anything from oils, gummies and skincare to a whole host of supplementation methods.

The use of CBD has been rather controversial, as the Food and Drug Administration has been limited in what they’ve done for the industry despite issuing multiple warnings to top-tier CBD companies for unapproved marketing claims and promotional promises. There are statements from this authority that claim that CBD can cause liver industry and may impact the metabolizing of other medicines. However, there’s been nothing to prevent CBD from being actively purchased and consumed. In fact, data from BDS Analytics indicate that the next four years could easily bring in $20 billion in global CBD sales while another cannabis industry leader, Brightfield Group, forecasts the CBD market to be at $22 billion by 2022.

While January 2020 may be the first-ever National CBD Month, this month is hardly the first or only way that supporters of CBD have praised the trending cannabis oil substance. Most are familiar with April 20th as the most popular, which is primarily to celebrate the use of marijuana. However, there are other holidays as well, including National Hemp Day (February 4th), Oil and Concentrates Day (July 10th), and even National Hemp Month (July). Though National CBD Month is celebrated in January, National CBD Day is on August 8th (also founded by cbdMD), and October brings about National Pet CBD Month (encouraging consumers to soothe and nourish their pets with CBD oil as well).

The creator of National CBD Month, cbdMD, is one of the better-represented cannabidiol-centric brands who have a catalogue of celebrities and athletes who endorse the company's products. From MMA champions Daniel Cormier and Jorge Masvidal, to professional PGA Tour golfer Bubba Watson, to sand volleyball star Kerri Walsh Jennings and Olympic track and field powerhouse Lolo Jones; cbdMD is bound to keep pushing the ‘green rush' envelope as CBD is now one of 1,500 national days to be celebrated yearly.

It will be entertaining to watch how the 2020 CBD industry unfolds, already making an appearance at the prestigious Golden Globes show. As the cannabis legalization movement continues and marijuana/hemp makes a move into mainstream media and usage rates grow, you can keep up with the latest promotions from cbdMD by following the platform on Instagram, Twitter, and Facebook with the hashtag #NationalCBDMonth