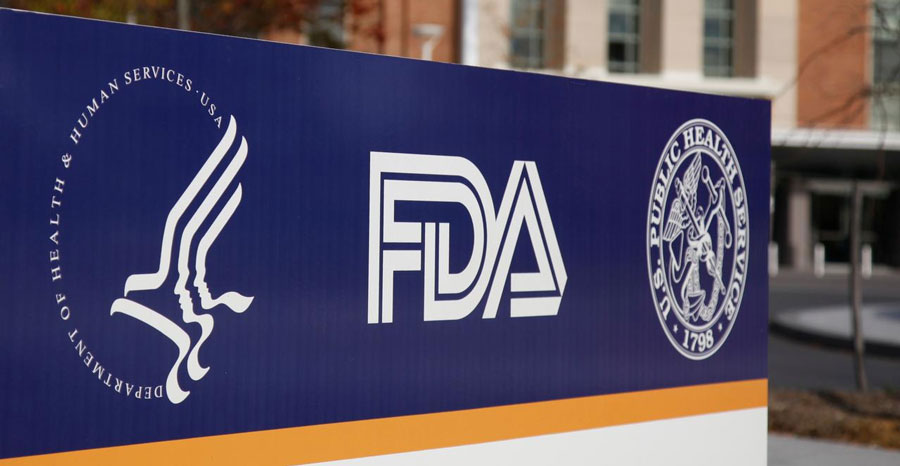 The Food and Drug Administration has been working to decide how CBD will be legally used as an ingredient, particularly with supplements and edible products. There are a few ideas being fielded right now, and there’s a clear push from the public to make some kind of decision. What could happen with the decision ahead of the FDA this year? It’s anyone’s guess.

The Farm Bill made major waves in 2018 when hemp was legalized, opening the door for CBD to be used by the public in 2019. It took less than a year from when the Agriculture Improvement Act of 2018 was signed by President Trump for CBD to become the most popular, best-selling ingredient in the natural sales channel. Whether it was oils, gummies or skincare, CBD-infused supplementation spread its wings fast and created massive ripple effects in a short amount of time.

However, the Food and Drug Administration has notably refrained from allowing it to be used by consumers in dietary supplements and foods. As new developments unfold and pressure to gain clarity from the government agency, what will this year bring to the CBD industry?

What Will The FDA Decide to Do With CBD This Year?

CBD is already having a healthy year. The market for CBD managed to boom relatively fast as companies tried to get out new formulas with expedience. Now, consumers can find CBD in nearly everything, including hand sanitizers, hair gel, and even personal lubricant. Somehow, even with all of this popularity, CBD dietary supplements, as well as foods using CBD, are still not legally allowed to be sold, according to the FDA.

The main reason that the FDA has yet to legalize CBD as a dietary supplement ingredient is primarily due to the way it began – as an investigational drug by GW Pharmaceuticals. Since this is where the whole research on the substance began, CBD cannot technically meet the current dietary supplement definition, according to Section 201(ff)(3)(B)(i) and 201(ff)(3)(B)(ii) of the Federal Food, Drug, and Cosmetics Act.

There were many advocates that pushed for the FDA to create some way for CBD to be included in foods and supplements legally last year. In fact, the American Herbal Products Association (AHPA), the Council for Responsible Nutrition (CRN), the Consumer Healthcare Products Association (CHPA), and the United Natural Products Alliance (UNPA) collaborated on a joint letter, addressed to Congress. The letter asked for legislation that would make it possible to consider CBD as part of the definition of a dietary supplement.

The Natural Products Association (NPA) pushed for a different change with the House, adding an amendment to a spending bill that would make it possible for safe usage levels to be set. However, the FDA would have to perform a Health Hazard Evaluation of the substance first. Though the amendment manage to secure a place in the House bill, it didn’t make it to the bill that the Senate ultimately passed.

In the meantime, lawmakers and state attorneys at both the federal and state levels have pushed for more oversight to give some kind of direction to companies seeking to sell these products to consumers. This request for oversight includes the determination of a safe usage level or some kind of policy regarding the limits of CBD products.

As a result, the 2020 spending bill was changed by Senate Majority Leader Mitch McConnell to state that the FDA must make progress on CBD. When the spending bill was signed by President Trump in December, the FDA was given 60 days to make progress on the enforcement discretion of CBD, notifying Congress of the changes. Within 180 days, the FDA has to determine how many CBD products are making illegal claims or are mislabeled for what CBD actually does.

Consumers should keep in mind that this enforcement discretion doesn’t actually mean that CBD can be legally used in supplements. Instead, it just means that the FDA will have more discretion on the way that they enforce policy against these companies, which means that the supplement industry is still waiting for what it really wants.

There are two main pathways that have been discussed for legalizing the use of CBD:

The former of these two options was chosen for a new bill in January, which was introduced by Collin Peterson, who is the House Agriculture Committee Chairman. This bill would make CBD separate from the Section 201(ff)(3)(B)(i) and 201(ff)(3)(B)(ii) IND exclusion clause. However, it is unclear if this bill will end up actually passing.

“What makes it really hard to say is [that] we are kicking off an election year. If anything is going to get done with it, it would need to move faster than in a non-election year. At some point, you’re going to reach the middle of the year, and legislators—that’s not going to be what the focus is going to be on in an election year because you don’t know what’s going to change, not only from the general election, but also how that might affect committees and things like that.”

While there are many advocates that are hoping to see this bill pass, the process is hardly the best way, or even the most efficient way, to get this type of change. Steve Mister, the present and CEO of the Council for Responsible Nutrition, has noted that they would’ve preferred the FDA to make this change on their own, because “then FDA would have more say in what the exclusion looks like.” However, it is still a helpful alternative.

Robert Durkin of Arnall Golden Gregory LLP called the Peterson bill “interesting, but… drastic.” He also voiced his stance that the better way to go about this change would be for the Secretary to push for a new regulation. Durkin explained that a new regulation “establishes a precedent and a paradigm for the agency to do this in the future if it has to. They wouldn’t have to wait for a legislative fix. And, it’s really likely that CBD is not the only dietary ingredient to be affected like this. It’s a solution that can be used in the future.”

Even if the definition of a dietary supplement were ultimately altered, the bill still wouldn’t make CBD a legal ingredient in food, which leaves about half of the problem unsolved. However, it may just be a preference of the FDA to keep CBD out of food for now. Mister remarked, “I think FDA has some real concerns about [CBD in food] that make it different than supplements.”

He added that he believes that the issue that the FDA has with food is about how much consumers will take in. While having a coffee with CBD may seem like an innocent dose, consumers that then follow their coffee with a CBD water and then later snack on a CBD edible will find the amount of CBD in the body starts to accumulate at a rapid pace, putting much more CBD in the body than the FDA deems safe. A supplement can be labeled with a warning that states a maximum dose that consumers should take per day.

In the event that CBD is finally approved under these use cases, CBD would end up being regulated in all of the ways that other dietary supplements are. For instance, they would have to go through the process of integrating new dietary ingredient and would have to follow the safety data requirements and the cGMPs law. They would also need to comply with certain requirements for labeling, which Mister worries that consumers don’t realize.

Mister noted, “[T]hey think that somehow it’s exempting CBD from all of the regulatory framework, and that could not be more wrong. What it does is it simply says it meets the definition of a dietary ingredient, but before anybody can bring anything to market, it would still require that you meet all of the requirements for a dietary supplement.”

As always, HealthMJ will continue to update the progress made by the FDA on its outlook and potential acceptance of CBD as a dietary supplement ingredient.