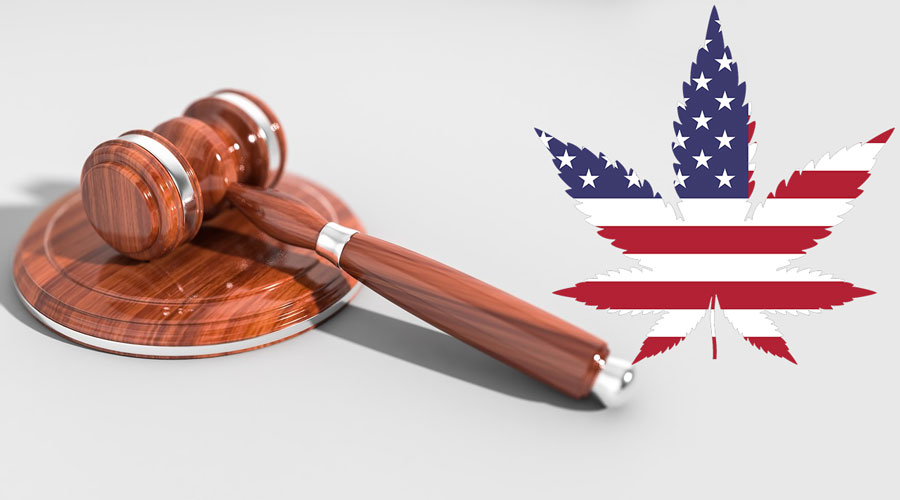 A fresh, in-depth look at the new bill by a US Congressman that would permit hemp-derived cannabidiol (CBD) to be marketed as a dietary nutritional supplement in 2020.

According to recent reports from the camp of United States Congressman, Representative of the 7th District of Minnesota, Collin Peterson (D-MN), who is also the chairman of the House Agriculture Committee, proposed a bill to allow CBD to be included in the definition of the Dietary Supplement Health and Education Act (DSHEA). The HR5587 bill has reportedly received bipartisan support from representatives Thomas Massie (R-KY), James Comer (R-KY), and Chellie Pingree (D-ME), who signed on a co-sponsors.

Representative Peterson shared in a press release concerning the bill that,

“The last two Farm Bills were landmark successes for hemp, but we are still very early in this process, and growers need regulatory certainty.”

“This bill will allow FDA to regulate CBD that comes from hemp as a dietary supplement, providing a pathway forward for hemp-derived products. It would also identify barriers to success for hemp farmers, informing growers and policy makers of the challenges facing this new industry.”

According to a report, the bill would also amend DSHEA by carving out a specific exemption for CBD derived from hemp in the “exclusionary clause” section of the legislation. In that same report, consultant Mike Green, who collaborated with Representative Peterson’s office concerning the legislation, stated that although the new bill would obliviate the exclusionary clause, it would also prevent the FDA from doing what might be necessary. This includes requiring New Dietary Ingredient Notifications.

The regulatory nature of this bill would allow hemp-derived CBD to be included in the definition of dietary supplements based on the Federal Food, Drug and Cosmetic Act (FD&C Act). This would be quite an advancement from the initial 2018 Hemp Farm Bill and put the ball in the Food and Drug Administration (FDA)'s court to make a move in regards to their developing guidelines that would allow companies to offer cannabidiol-infused foods, drinks and nutritional supplements.

Peterson, who is a farmer by trade, also one of the main components in the 2018 Agricultural Improvement Act, also stated his fondness of potentially growing his own hemp crop:

“I may grow some hemp on my farm. I'm looking at it,” ​[…] “There's a big market for this stuff that we've been ceding to Canada and other places.”​

“VoteHemp supports this important new bill which will help provide clarity to the marketplace and ensure that CBD supplements can be marketed and sold nationwide.” […] “We urge Congress to pass this legislation quickly and FDA to regulate hemp derived CBD the same as any other supplement under existing regulations.”

FDA and CBD: The Tussle Ensues

While CBD became the number one top-selling natural ingredient in 2019, posting over $50 million in sales, the nutritional supplement market is worth nearly $50 billion dollars, making cannabidiol a smaller player in the scope of the whole landscape. While the FDA has been hesitant in granting the soothing nonintoxicant CBD its' GRAS status (generally recognized as safe) for human consumption due to insufficient supporting scientific evidence for CBD-infused edibles and drinks,  this new bill could allow the government agency to help regulate and resolve some of the cannabis oil market chaos.

Who knows what the ripple effect would be if the new “to amend the Federal Food, Drug, and Cosmetic Act with respect to the regulation of hemp-derived cannabidiol and hemp-derived cannabidiol containing substances” bill was passed to accept hemp CBD as a dietary supplement in 2020, allowing major retail platforms and stores to stock their shelves full with CBD-infused supplements, foods and drinks.

Will CBD get classified as a dietary nutritional supplement this year? It would be a landmark move in cannabis legalization as the FDA would essentially allow products to come to the market without the pharmaceutical testing requirements currently intact without this status. As it stands today, the FDA's diagnosis of the federal law makes it illegal and prohibits CBD to be labeled or marketed as a dietary supplement.

When the FDA released its lengthy regulation guidelines of cannabis and cannabis-derived products including CBD, one of the 26 points it covered was “Can THC or CBD products be sold as dietary supplements?” Where they stated:

“No. Based on available evidence, FDA has concluded that THC and CBD products are excluded from the dietary supplement definition” […] “Under that provision, if a substance (such as THC or CBD) is an active ingredient in a drug product that has been approved under section 505 of the FD&C Act [21 U.S.C. § 355], or has been authorized for investigation as a new drug for which substantial clinical investigations have been instituted and for which the existence of such investigations has been made public, then products containing that substance are excluded from the definition of a dietary supplement.”

Here is a copy of the new Bipartisan Bill from the House Agriculture Committee Chairman that would enable hemp-derived CBD product marketing to be granted dietary supplement status:

In an age and era where the cannabis green rush is in full swing; whether its recent news headlines of Dollar General and Fresh Thyme stores filling their aisles with CBD-infused products to European Food Safety Authority (EFSA) warning of products containing way more THC amounts than listed on the labels or the USDA releasing an index of DEA-certified hemp testing labs or to the MLB removing marijuana off of its banned substances list or the NFL and NFLPA investigating the use of CBD in pain management, one thing is for certain – the budding cannabis industry will not self-regulate itself and needs proper guidance and oversight from the associated governing bodies that aim to make user safety the utmost importance moving forward regarding all things marijuana, hemp and of course CBD.