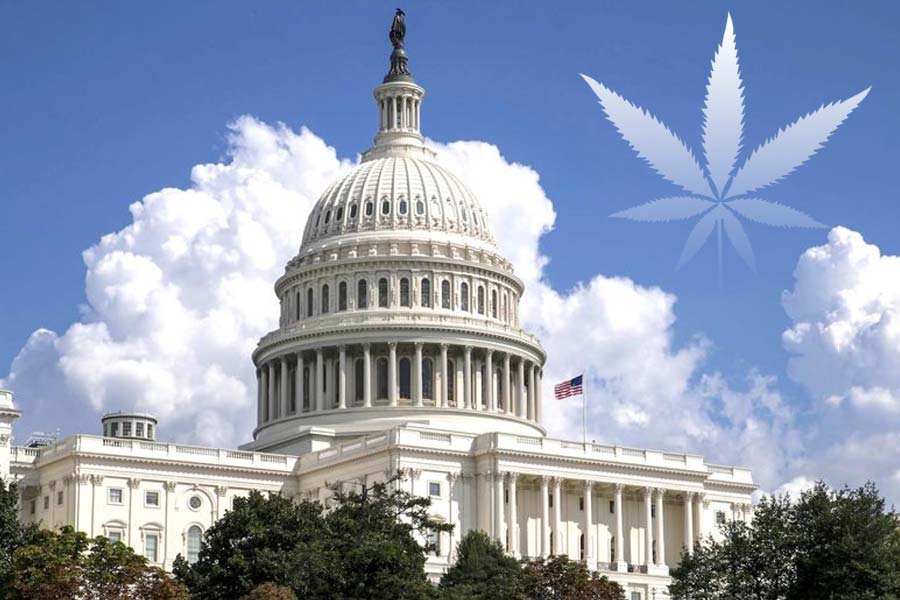 Four associations wrote a letter to Congress to urge them to implement temporary regulations for CBD to be used in dietary supplements.

Previous predictions from the FDA state that the regulations for this sector could likely take the next five years before they are prepared to implement.

The legalization of hemp-based CBD happened at the end of 2018, but there seems to be a lot of lagging in actually implementing any rules. While farmers are now able to cultivate this crop, the use of it in food products and supplements is still technically banned, as the Food and Drug Administration drags their feet on implementing new policies. While there are many politicians already laying on the pressure, the dietary supplement industry is now pushing Congress instead, hoping to secure clearance to sell CBD products.

A single letter was jointly signed by four trade associations, acting as representatives for the dietary supplement industry. The letter was meant to push federal lawmakers to make some changes that would allow CBD products to be legally marketed while waiting for the Food and Drug Administration (FDA) to make some regulations of its own.

The four associations include the:

All of these associations collectively stated that Congress needs to

“pass legislation to clarify that CBD derived from the hemp plant is a lawful dietary ingredient if the dietary supplement containing the CBD meets established product safety and quality criteria.”

If the Congress chooses to pursue this action, the groups believe that a limited waiver to provide CBD products an exemption from the Food, Drug, and Cosmetic Act would be enough. Their recommendation is that the waiver would apply to companies that sell CBD as a dietary supplement, with the stipulation that all of the CBD-based formulas would come from hemp and meet the necessary standards for health and safety.

The letter states, “Given the rapidly growing marketplace of products, it is crucial that Congress take quick action to clarify the legal status of hemp-derived CBD dietary supplements. At the same time, it is equally essential for the FDA to have the resources it needs to protect the public from unsafe CBD products.”

A united supplement industry is urging Congress to take swift action on CBD to assure consumer protection and a clear regulatory framework. See what CHPA, @AHPAssociation, @CRN_Supplements, and @unpafrank have to say, here: https://t.co/pUBGSpXFQf

The letter goes on, stating that this matter is “urgent,” based on the interest of consumers in purchasing these types of products, as well as the present “growth in products and sales.” The associations state that clarity is necessary for the consumers, manufacturers, and retailers involved in this industry who are controlled by “the legal status of these products.”

At this point, the FDA states that the process of creating rules for this purpose could end up taking five years, which is why the associations are seeking out the help of Congress instead.

Not to be seen as ungrateful, the associations showed their appreciation for the approval from a Senate committee that dedicated $2 million to the FDA in their effort to create cannabidiol regulations.

The letter continues, adding that they want Congress to “go even further” by adding other resources to the FDA that would effectively allow them to oversee this sector of the industry. These resources would optimally include “funding for efficient and timely review of the new dietary ingredient notifications,” along with “enforcement of existing laws governing the safety, manufacturing, and labeling of dietary supplements containing CBD.”

Ultimately, the groups convey that the FDA and Congress should work together to decide on funding that would properly ensure the implementation of regulations for CBD. They added that their proposal is, as they see it, “the best, most efficient, and most timely way” to establish a framework that protects consumers in the industry. Even though they “appreciate the FDA’s deliberative interest” in making sure that consumers are safe, they believe that the lack of oversight for so many years will end up hindering consumers and putting them at risk. The writers of the letter added,

“Since it appears FDA is unlikely to provide a timely and effective resolution to this challenge, Congress must act.”

Along with the dietary supplement industry, a bipartisan coalition of senators has also pushed for the FDA to create an atmosphere for lawfully marketing CBD products.