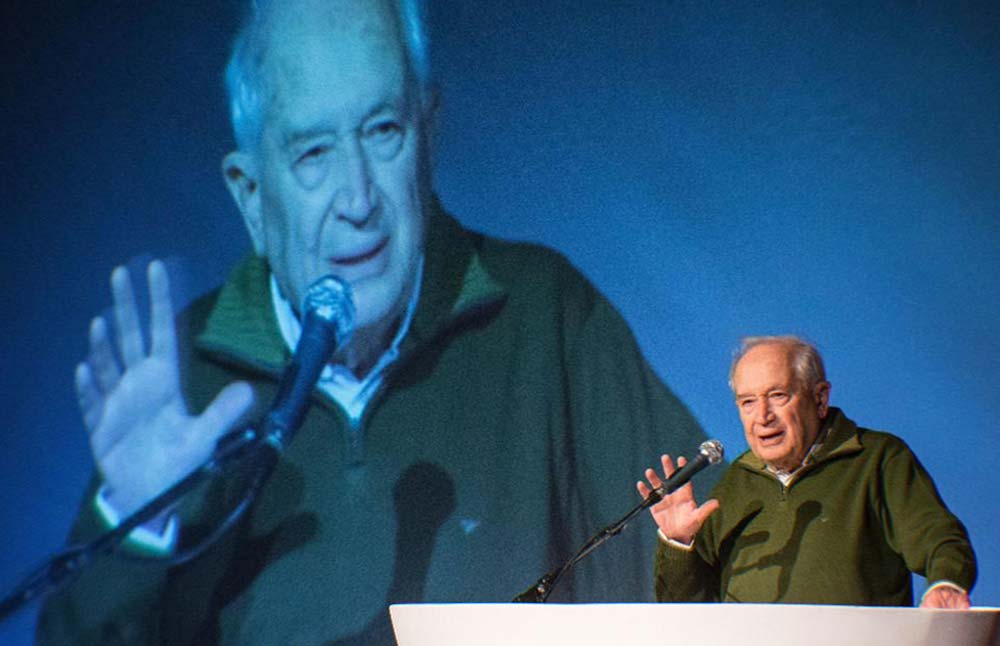 According to Mechoulam’s research, that cannabis-derived compound is more potent than CBD or THC. In early research, it’s shown to reduce anxiety and inflammation with no side effects.

EPM301 is a patented compound. It’s a synthetic formula derived from a natural chemical in cannabis. The synthetic, stable, acid-based cannabinoid has created a buzz of excitement across the cannabis community.

Mechoulam developed the compound in partnership with US-based biotech company EPM. The company is releasing multiple substances that bridge the gap between the cannabis and pharmaceutical space.

“EPM developed a method to work with the original substances of cannabis,” Professor Mechoulam explained in an interview published by EPM.

“So, while everybody is discussing THC and CBD, these cannabinoids are actually a secondary substance; they only appear later in the plant. Originally there is an acid that appears in the plant, and those acids are these mysterious worlds of compounds that are much more potent than cannabinoids.”

By targeting the acids found earlier in the plant, Mechoulam believes we can identify more powerful medicines within cannabis.

Researchers have identified cannabidiolic acids in the past, although they were always unstable. Pharmaceutical companies could not stabilize the acids to use in drugs.

Now, as part of Mechoulam’s research, researchers have stabilized the compounds. EPM has created a method allowing researchers to modify the acids enough to keep them stable, which then allows for large-scale use. Once the acids are stable, they can easily be tested in lab settings to verify different benefits.

We took a cannabidiol acid and we stabilized it by a simple chemical procedure, called esterification; then the compound is stable,” explained EPM CEO Reshef Swisa.

Early research suggests EPM301 could be linked with powerful benefits. After stabilizing the acid, researchers connected EPM301 to a variety of noticeable benefits:

“[We] started looking at the activities of this compound…and found that this particular compound causes suppression of anxiety and suppression of nausea,” explained Swisa in the interview.

Swisa added that these effects could make a significant difference in cancer patients on chemotherapy. It could also impact patients with inflammatory bowel disease (IBD) or psoriasis.

Based on EPM’s early research, EPM301 has no observed side effects. Other non-natural pharmaceutical drugs containing cannabis compounds do have side effects – and they’re best-described as semi-synthetic instead of natural.

Because of these effects, cannabis could be an alternative to steroids and opioids. Cannabis could contain the chemicals needed to replace these pharmaceuticals.

The Father of Cannabis Research

Today, we accept it as fact that CBD and THC can help anxiety and inflammation. However, we can thank Raphael Mechoulam for much of this research.

Back in the 1960s, Mechoulam was “possibly the most significant academic to shed light on the active principles of the cannabis plant”, according to a Forbes writeup on the so-called “father of cannabis research”.

In fact, Mechoulam discovered the body’s endocannabinoid system, which is how he got his title as father of cannabis research. His work at the Weizmann Institute in the 1960s led to the discovery of the endo-cannabinoid system.

Melissa Meyer
Melissa is a Georgetown Law grad with a background startups, advocacy, and health. Melissa spent much of 2010 – 2013 in the Lombardi Cancer center where she was being treated for a life-threatening blood disease. In that same period, she experienced the loss of her two closest girl friends to cancer. Her life goals include destroying cancer and helping patients improve their quality of life through alternative medicine. She does everything for HealthMJ that she can’t find someone else to do better.