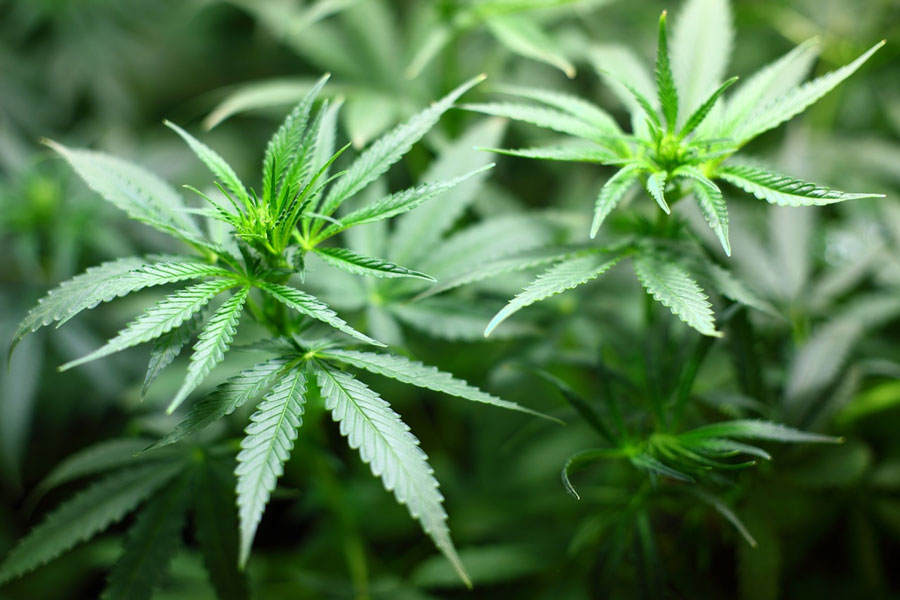 Newer cannabis compound, the cannabimovone (CBM) cannabinoid, a cousin to CBD, found to have medicinal properties that may be effective at helping treat eating disorders, metabolism and diabetes.

In the past few years, CBM has been slowly making headlines for its purported health benefits, although CBM remains much less-studied than the better-known cannabinoids like CBD and THC. According to a March 2020 study published in Molecules, CBM could potentially become new treatments for diabetes, metabolic syndromes, and eating disorders.

THC and CBD may be the two best-known cannabinoids on the block. This latest study, however, shows that CBM may have it's own powerful health benefits.

The latest study on CBM was led by researchers in Italy, including researchers from the Institute of Biomolecular Chemistry, the National Research Council, the Italy Endocannabinoid Research Group, and the University of Naples. The results of the study were published in a March 2020 issue of Molecules. Researchers sought to analyze how CBM compared to other well known cannabinoids like THC and CBD, and found that the compound Carmagnola chemicals resembled to the compounds in THC and CBD. Until now CBM has not been extensively researched  with the first CBM studies conducted until about 20 years ago, but recent studies are coming to light showcasing CBM's capabilities which has led to an increase in research, however the research groups on the chemical, still have some catching up to do.

In the latest study, researchers used 3D modeling to see if CBM would cohere with any of the receptors found in the human body.

The 3D replica shows that CBM does indeed cohere to human receptors in the body. Specifically, the CBM will attach to and somewhat trigger 2 key receptor types, including the two PPAR receptors, called PPARα and PPARy, PPAR-(peroxisome proliferator-activated receptor). THC and CBD are also well-known antagonists of these receptors. The receptors are involved in energy homeostasis and lipid metabolism. In other words they play crucial roles in your body’s energy levels and fat burning. Your PPAR's control the genes responsible for creating new cells in the body’s major organs – including the spleen, colon, heart, kidneys, liver and the pancreas.

The receptors also control the genes that create cells in our hormone-regulated fatty tissues. Plus, the receptors regulate our metabolism. They even play a role in the formation of some cancers.

In the second part of the study, researchers tested CBM in the “real world” to see if it actually would also stick to the body's receptors. Some 3D models will predict chemical binding even when the results cannot be repeated when in the human body. Researchers discovered that CBM successfully bound to PPARα and PPARγ receptors and partially switch on both types of receptors, which then opens the door to new potential therapies.

What Does This Mean for Patients?

How will this new research on cannabimovone (CBM) impact patients? We’ll let the researchers summarize what the findings mean for future cannabis therapies:

“Altogether, these results candidate CBM as a novel bioactive compound potentially useful for the treatment of insulin resistance‐related disorders.”

The team added that further research could verify that CBM is an “anti-diabetic and insulin-sensitizing drug” that could open “new therapeutic alternatives for those patients still not receiving an effective and safe long-term treatment.”

In more straightforward terms, the researchers are suggesting that CBM could be used to treat diabetes and cancer and other conditions related to insulin resistance.

“Insulin resistance-related disorders” is a broad term that refers to several conditions such as Type 2 diabetes, Obesity, high blood pressure, and high cholesterol, for example, are all linked to an insulin resistance syndrome. Some people also call it metabolic syndrome.

Approximately 1 in 3 Americas are affected by metabolic syndrome or insulin resistance-related disorders.

If you haven’t already heard of PPAR receptors, then you may hear about them soon. We know that CBD and THC can impact PPARs. Now, we know that CBM binds and activates PPARs as well.

PPARs directly control certain genes, including the genes that influence the most important cells in our body. These genes control the function of major organs, for example, fatty tissues, among other crucial parts of the body.

The FDA has recognized the potential of PPAR drugs. In fact, as pointed out by our friends at Merry Jane, there are already several FDA-approved drugs on the market that pinpoint the PPARs.

Unfortunately, these drugs are known to come with side effects that upsurp some of the benefits. Some drugs are linked to weight gain and heart complications, for example, both of which are serious side effects for consumers who already have metabolic syndrome issues.

You may not have heard of cannabimovone before today, however, based on the latest research study, this lesser-known cannabis compound CBM, could potentially play a crucial role in future cannabis medical research. If you think CBM could potentially help you, speak with your own healthcare doctor, to discuss what the future benefits may bring to you.