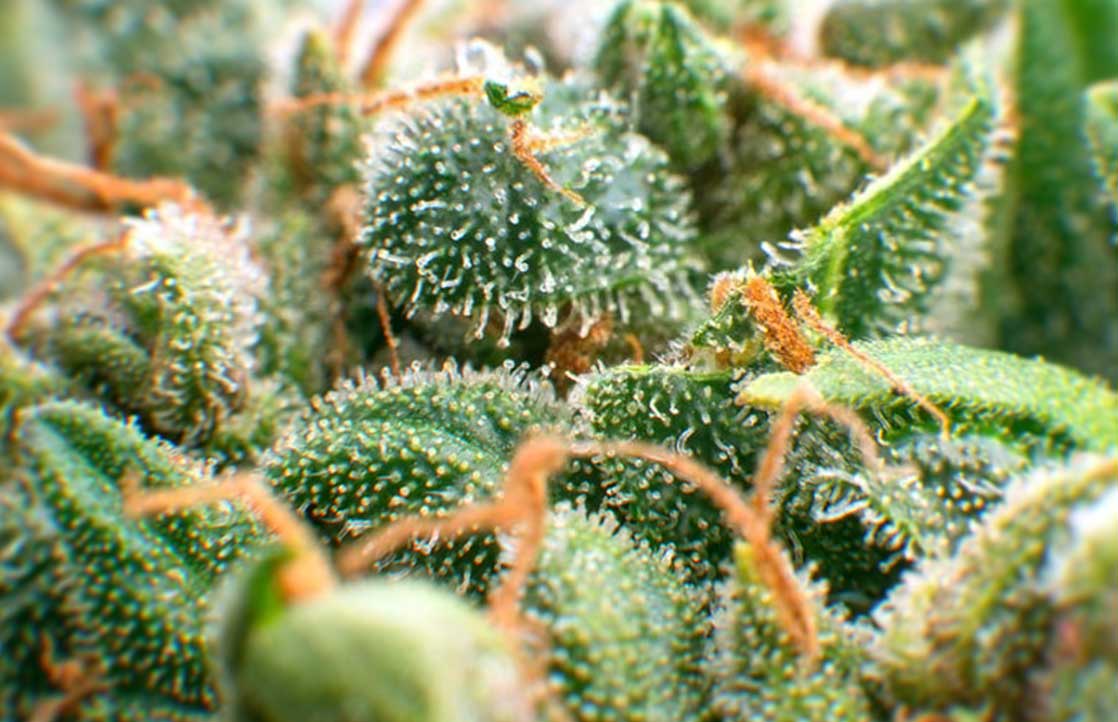 We are reposting this article, originally written by Drake Dorm for MedicalJane, because we think you might want to know how terpenes can affect your experience with marijuana.

As we know, science has identified and characterized the molecular structure of around 20,000 terpenes, which makes it the largest category of plant chemicals. These aromatic compounds are found in the essential oils of plants and flowers, and plenty of studies have been done on their effects.

Of the 20,000 identified terpenes, there have been more than 120 found in cannabis. Only a few of them appear in high concentrations, but they have been found to have a number of benefits. A few of these effects are covered in our terpenoid article, but recent research has suggested an “entourage effect” as well. In his 2011 study “Taming THC,” Ethan Russo, from GW Pharmaceuticals, discussed the interaction between terpenes and cannabinoids.

For years, tetrahydrocannabinol (THC) was the only cannabinoid investigated for its medicinal value, and we know it has the potential to cause anxiety in some patients. However, certain terpenes in cannabis, like Linalool, have been found to counter the anxiety.

In fact, Russo points out that terpenes likely played a role in a number of ancient antidotes for the less desirable effects of THC. For instance, citrus fruits (high in limonene) were used as a “cannabis antidote” in 10th century Persia. Other ancient antidotes include calamus plant roots and pine nuts (high in pinene), as well as black pepper (high in caryophyllene and myrcene).

Terpenes and Cannabinoids Work Better Together

Terpenoids can be used for more than countering THC-induced anxiety. Russo discussed interactions to treat a number of issues including: pain, inflammation, depression, addiction, epilepsy, cancer, and infections.

Russo believes pinene would be useful in the treatment of MRSA. Cannabigerol (CBG) is a potent MRSA inhibitor, and can be found with small amounts of THC. Because of this Russo suggests a whole-plant extract, high in CBG and pinene, which was found to have its own anti-MRSA qualities in 2010.

Terpenes could also aid in Alzheimer’streatment with cannabidiol (CBD). Linalool, which is prominent in lavender, helps counter stress and anxiety. Limonene is commonly used in aromatherapy to improve mood, and pinene is known to promote alertness and memory retention. Combining these terpenoids with a CBD-rich extract may help treat the wide-ranging effects of Alzheimer’s disease.

Another interaction that Russo highlighted could have benefits for addiction treatment. An essential oil made from black pepper reduced nicotine cravings in cigarette smokers. Interestingly enough, black pepper essential oils are high in myrcene, pinene, and caryophyllene, all of which can be found in cannabis.

Caryophyllene is interesting because it directly stimulates the CB2 receptors throughout the body. As we know, CB2 agonists prevent the release of dopamine, which is related to addiction. This, in combination with the use of CBD for opiate withdrawal, suggests that cannabis with caryophyllene could have a variety of rehabilitative benefits. 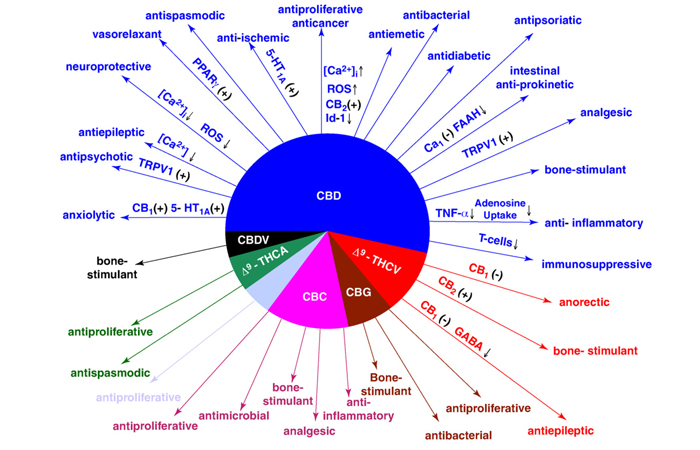 In “Taming THC,” Russo focused on the interaction between terpenes and cannabinoids. With that being said, the knowledge is useless without some way to apply it. His solution: selective breeding designed around terpenes. Citing the 2002 study, “The Inheritance of Chemical Phenotype in Cannabis Sativa,” Russo suggested that growers focus on their desired terpenes when breeding.

“K”, like multiple growers on online forums, believes that a number of variables (lighting, soil composition, nutrients, etc.) can influence terpene production. If growers are able to influence the production of specific terpenes, they could improve their product’s effectiveness.

It’s been reported that certain terpenes dilate capillaries in the lungs. Logic tells us that this would be useful in the case of smoked or vaporized cannabis. Dilated capillaries would enable beneficial cannabinoids to enter the bloodstream easier. This certainly could be useful for growers who know how their crops will be ingested, and in the production of cannabis concentrates.

In fact, a number of concentrate makers enhance their finished product with pure terpenes. This is typically done for added flavor, as the more volatile terpenes can be lost during the extraction process. However, infusing concentrates with a specific terpene for added effect would be equally beneficial. For instance, pinene is a bronchodilator, which could benefit asthma patients.

In fact, similar processes already exist. According to Jeff Raber, founder of The Werc Shop, a lab-testing facility in Los Angeles, they are able to infuse concentrates with the terpenes lost. “Based on the terpene-profile of each strain,” he added, “we can recreate as much of the whole plant component as possible.”

One step further, K believes terpene-rich extracts could play a major role in the future of medical marijuana. He points out that some patients might want the terpene-related flavor and relief, without the high from THC.

Another potential application of terpenes could benefit users of medicated topicals. Nerolidol, a sedative terpene, is a known skin penetrant. Therefore, it could aid in cannabinoid absorption if infused in topicals.

The benefits of terpenes are widely recognized, but they just now are being explored by experts in the cannabis industry. As Ethan Russo pointed out, terpenes may influence a number of cannabis’ benefits. Their interaction with cannabinoids often impacts the effectiveness of medical marijuana strains and products, and could be used to facilitate a better overall experience.