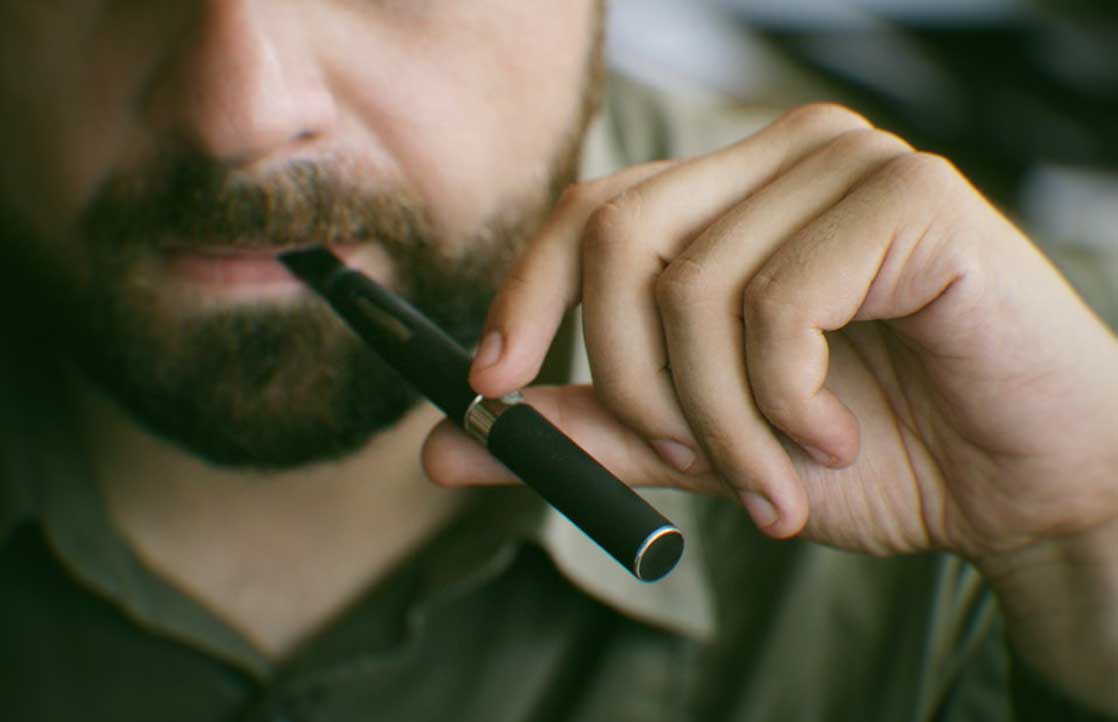 Scientists at the University of Lausanne created cannabis-laden oils for e-cigarettes and found that vaping the infusions could deliver useful levels of the active ingredients found in cannabis.

The team claims that “therapeutic cannavaping”, would be healthier than smoking the drug with tobacco. It would allow users to have regular microdoses of the drug’s active ingredients throughout the day, which is not possible with pills containing cannabis extracts. “This could be a great approach to using these kinds of cannabinoids,” said Vincent Varlet, who took part in the work. “The aim is not to get high, the aim is to get cured.”

Writing in the journal Scientific Reports, the researchers describe how e-cigarettes can deliver therapeutic doses of cannabinoids without getting people stoned. “Cannavaping appears to be a gentle, efficient, user-friendly and safe alternative method for cannabis smoking for medical cannabis delivery,” they say.

For the full story, see The Guardian: ‘Cannavaping’ could see e-cigarettes used to deliver medicinal cannabis

May 27, 2016. Republican and democratic representatives have agreed to extend Illinois’ medical cannabis pilot by three years, from 2017 to July 2020. They also added post-traumatic stress disorder and terminal illness to the list of qualifying conditions.

In a potentially significant proposed change to the law, doctors will no longer have to “recommend” cannabis, but only certify that there is a bona fide doctor-patient relationship, and that the patient has one of about 40 specified qualifying conditions.

In addition, patient and caregiver authorization cards will be valid for three years, instead of one, and upon their renewal, no repeat fingerprinting will be required for criminal background checks, as it is for initial approval.

Also under the bill, minors who are patients may have two caregivers instead of one, and the Medical Cannabis Advisory Board will be reconstituted, with a new procedure for accepting petitions to add more conditions to the program.