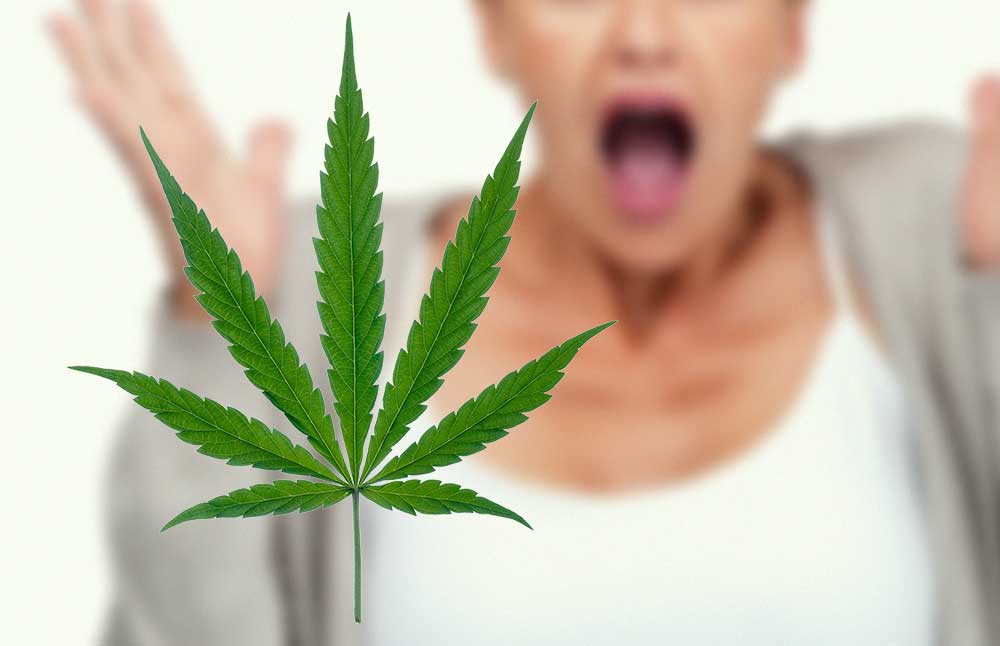 How I ended up buying weed with my Catholic mom

My mom, Evelyn, is 58 years old, Catholic, and a certified nurse. She tried smoking cannabis once in high school, but has called it “dope” ever since. My dad was an engineer in the air force and my siblings and I were never exposed to any kinds of recreational drugs growing up. We live in Colorado, but if you told me as a kid that one day I’d be buying weed with my mom, I would’ve said you’re nuts.

So how did we end up at the dispensary together?

In January 2008, my mom was diagnosed with ovarian cancer.

Three months later, she had seven tumors removed. We felt betrayed by our doctors who, for years, had confused her tumors for weight gain. It was a difficult time for the family as my mom went through surgery, chemo, and prescription bottles full of drugs that made her more sick.

But my mom toughed it out, bringing the family closer in the process. In 2009 she was declared cancer free.

We were happy until 2011, when it returned. This time as thyroid cancer. She had her thyroid removed and underwent radiation treatment. It burned the skin on her neck, making it raw. It took months for her incision and skin to heal.

Two years later, I suggested she try cannabis. It was 2013 and everyone in our home state was talking about it: marijuana legalization.

“But I don’t want to get high,” was her response. Considering everything she’d been through, I thought it was funny that getting high was what worried her.

Luckily, not all strains of cannabis get you high. Many of the cancer patients who claim to have experienced tumor reduction from cannabis used strains low in THC, the psychoactive ingredient in cannabis, and high in CBD, a cannabinoid that has substantial medicinal benefits.

I wanted to learn more about this magical cannabinoid that could help patients without making them feel like they are at a Grateful Dead concert. ProjectCBD.org helped. I was able to find several studies and articles about high CBD cannabis being used to successfully treat cancer.

I forwarded these articles to my mom until she agreed to bring it up with her oncologist. He told my mom he didn’t know much about cannabis and asked if we would share him on the research we’d done. After looking it over, he gave us the green light to try it. None of the other treatment options were working.

On average, it takes about a month to get a medical marijuana (MMJ) card. Since cannabis is still illegal on the federal level, doctors can’t scribble down cannabis as a prescription to grab at the pharmacy. You must first fill out an application for registration, which we found at the Department of Public Health’s website. It includes the Physician Certification form, which her doctor completed for her. We took the application, the physician certification, a copy of my mom’s photo ID, a $90 check for the registration fee, and dropped them in the Medical Marijuana Registry drop box in Denver.

But my mom wasn’t ready to turn into a cannabis consumer just yet. The card found its home in a drawer, shunned. Recreational cannabis had been legalized in Colorado a few months prior, but my parents took a let’s-wait-and-see approach. In January, one year into recreational cannabis legalization, we learned thatcrime rates had decreased, as well as traffic fatalities.

That same week, we found out that some newer, smaller tumors in her torso had increased slightly in size. It was time. I told her not to worry, I’d look up a medical dispensary for her and go with her so we could be partners in crime.

In Colorado, there are three types of cannabis dispensaries: medical, recreational, and those that sell both.

We chose a medical dispensary in Boulder called Green Dream Health Services. I thought it would more comforting for my mom to wait with other patients than to stand in line with people mostly there to get high.

Green Dream was the right choice, clean, professional, and intimate. It was easy to find off a busy street with a green cross and a large sign directing us to the dispensary.

We were greeted at the reception and asked to fill out a 2-page intake form, much like the forms you fill out at the doctor’s office.

I was given a visitor pass, since I don’t have a medical license, and we walked to the back of the dispensary where the cannabis is sold.

The specialist behind the counter was young, professional, and answered all of our questions:

Mom: What product should I take?

Specialist: Concentrated oils high in CBDs are believed to be best for treating internal tumors.

Mom: How do I take the oil?

Specialist: Simply eat it! The taste is pretty horrible so most patients put it on food. Try toast with some nut butter and jam. If you can handle the taste, it’s better to put the dose under your tongue where it can be absorbed more efficiently.

Mom: How much do I take, how often?

Specialist: For anyone just beginning to try cannabis, we suggest starting with a tenth of a gram once or twice a day. You can start doubling your dose every few days as you learn how the prodect affects you.

Mom: What’s the difference between “activated” and “unactivated” oil?

The specialist gave us sheets with facts, pie charts, and lab results from the strains we were considering.

She decided on the activated strain “Medicine Woman”, with a high CBD strain with 65.8 percent CBD and only 4.53 percent THC. This meant there was no chance my mom would get high, since the CBD counteracts the psychoactive effect of THC. We were told that it is a new strain and that my mom would be the first of Green Dream’s patients to try it. I took that as a good omen.

That night, about 30 minutes before bedtime, she put a tenth of a gram of the Medicine Woman oil under her tongue. She was surprised at how little the drop of oil was, about half the size of a small grain of rice. She didn’t like the taste. The next morning, I asked her if she felt any different. The oil didn’t get her high, but said she’d gotten the best night’s sleep she’d had in months. She also mentioned that her legs had felt light, like all the tension had been released. buying weed with my catholic mom

Now, we go to the dispensary every two weeks to purchase Medicine Woman. We don’t expect cannabis to work miracles, but we do hope that it can reduce our dependence on other drugs.

Have you been to a dispensary with a relative? Share your experience below.