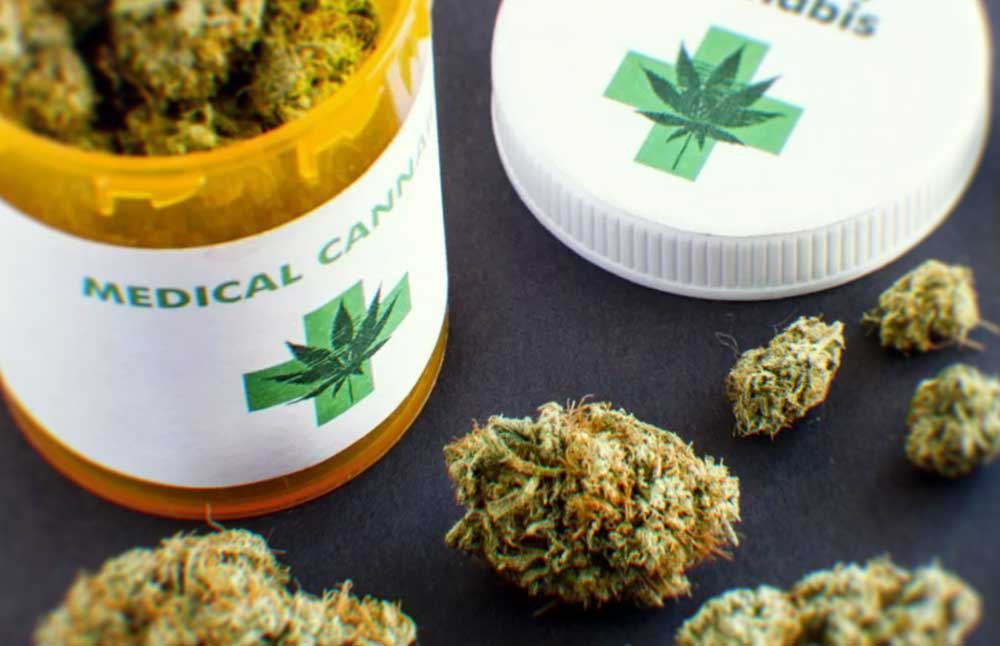 Here are seven cancer patients whose stories are changing the way we see cannabis:

Benton Mackenzie of Iowa was diagnosed with angiosarcoma — a rare blood cancer — in 2011. Having used cannabis in the past, Benton decided to see if it could slow the growth of his aggressive skin tumors. Despite the apparent effectiveness of the treatment, police raided Benton’s home in 2013 and put him in jail for growing cannabis. During his six weeks in jail without his homemade cannabis oil, his tumors grew so quickly that he was released from prison. The court reduced the charges and let him leave Iowa to find a legal source of cannabis in Portland. But the tumors had grown too large to control. Benton passed away shortly after. You can leave your condolences for his family on his Facebook group or on his Change.org profile.

Famous for her appearance on VICE’s “Stoned Kids,” the quirky and delightful Mykayla Comstock of Oregon was diagnosed with leukemia in 2012. Her parents use capsules filled with cannabis oil as part of her treatment. Keep up with Mykayla on her Facebook page.

Rick Simpson is a Canadian who was diagnosed with basal cell carcinoma skin cancer in 2003. He set out to cure his condition with cannabis, which he had heard could slow down tumor growth in a radio program years earlier. He processed the dry flower into a highly concentrated oil which he applied directly to the skin lesions under some bandages. Within four days, the tumors were gone. Since then, he’s been an advocate for medical cannabis, treating people for free and traveling the world to speak out about it’s potential as a miracle medicine. If you aren’t familiar with Rick Simpson already, you should spend some time on his website.

Cash, lovingly called Cashy, of Montana was diagnosed with a stage 4 brain tumor when he was just under two years old. Because of federal regulations, the Hydes had to sneak cannabis oil into their son’s feeding tube, a secret they didn’t reveal until after Cashy had returned from the hospital and a news team came to document Cashy’s miraculous improvement. Before trying cannabis oil, Cashy hadn’t eaten in 40 days and was throwing up 8 to 10 times a day. Within two weeks of receiving the oil, Cashy was eating, laughing, and enjoying life. Best of all, he was able to ween off the cocktail of toxic drugs that the hospital had prescribed to ineffectively manage his pain and nausea. Cashy survived 2 more years with the help of medical cannabis. Visit the Cash Hyde Foundation to learn how the Hydes are fighting cancer with smiles by giving emotional and spiritual support to families with sick children.

Patricia is an exceptionally well respected Islamic scholar at Princeton in New Jersey. She was diagnosed with lung cancer in 2011, which spread to her brain. In 2012 Patricia, with the help of her sister Diana Frank, was able to get her hands on enough cannabis to make her own cannabis oil. Using the oil every day, she was able to delay whole brain radiation for 8 months. Diana, a seasoned filmmaker, documented their experience in her film, For the Life of Me: Between Science and the Law. Leave a note in the comments to the right and we’ll let you know when it’s available to the public.

Sam Simon is loved and famed for his role in creating The Simpsons. He was diagnosed with terminal colon cancer in 2012 and was told he had 3 to 6 months to live. With the help of his vegan cannabis chef and supportive girlfriend, he survived until March 2015 in his hometown of Los Angeles. You can check out his Twitter feed to see some of the items on his menu.

Dr. Grinspoon is famous for being a Harvard Medical professor who, in the 60s, set out to prove the detrimental effects of cannabis and instead became an advocate for its medical benefits. Dr. Grinspoon used cannabis to treat his son’s nausea when the child was diagnosed with cancer at age 10. He believes that cannabis can be powerful in improving patients’ quality of life, but cautions against regarding it as a cure. He says cannabis use has done nothing to prevent or slow down the growth of his own cancer, which he was diagnosed with in 2011. For more information on Dr. Grinspoon’s work, check out his website where he shares patient experiences.