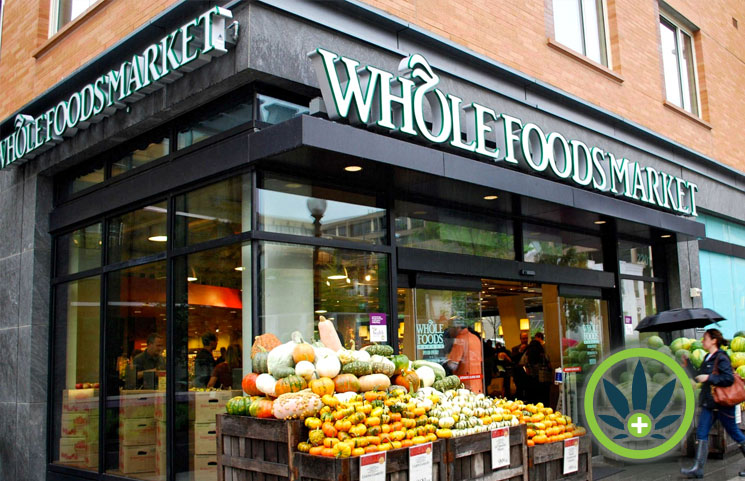 Whole Foods market is one of the most popular health food stores in the country. John Mackey, the company’s CEO, recently attended a conversation hosted by The Texas Tribune.

During the conversation, an audience member directed a question to Mackey and inquired whether the company would consider selling “alternative proteins,” as in, insects. Mackey answered in the affirmative and then, turned the conversation to marijuana.

“If Cannabis is ever passed in Texas, chances are good that grocery stores will be selling that too.”

“You just never know what happens over time with markets. They change and evolve.”

The conversation’s monitor then inquired which will come first, the insects or the brownies.

“Let’s see what happens with the market and the government regulation over time.”

It comes as no surprise that Mackey is open-minded concerning cannabis products being sold at Whole Foods. As early as 2013, he expressed support for the legalization of marijuana during an interview with Mother Jones.

“I am pro-choice, favor legalizing gay marriages, protecting our environment, enforcing strict animal welfare protection laws (I’ve been an ethical vegan for 10 years), marijuana legalization, having a welfare safety net for our poorest or disabled citizens, and a radically reduced defense budget and military presence around the world.”

Whole Foods’s entrance into the cannabis market may be coming at a good time. Since the company had been acquired by Amazon in 2017, it hired a trend-spotter who made a prediction concerning the hottest trends for 2019. One of the hottest trends was hemp products. As the company discussed on its website, hemp hearts, seeds, oils, and the like are nothing new to those who love food and body-care products. However, now, there is a ignited interest in the other parts of the plant, which may provide a range of other benefits.

Although it may take some time and legislative changes before Whole Foods is comfortable selling marijuana products, the first step may be hemp-derived CBD products due to the passage of the 2018 Farm Bill. Further, this week, the Food and Drug Administration announce that it is planning on holding sessions as it concerns “alternative” pathways allowing for hemp-derived CBD products to be included in food product and supplements.