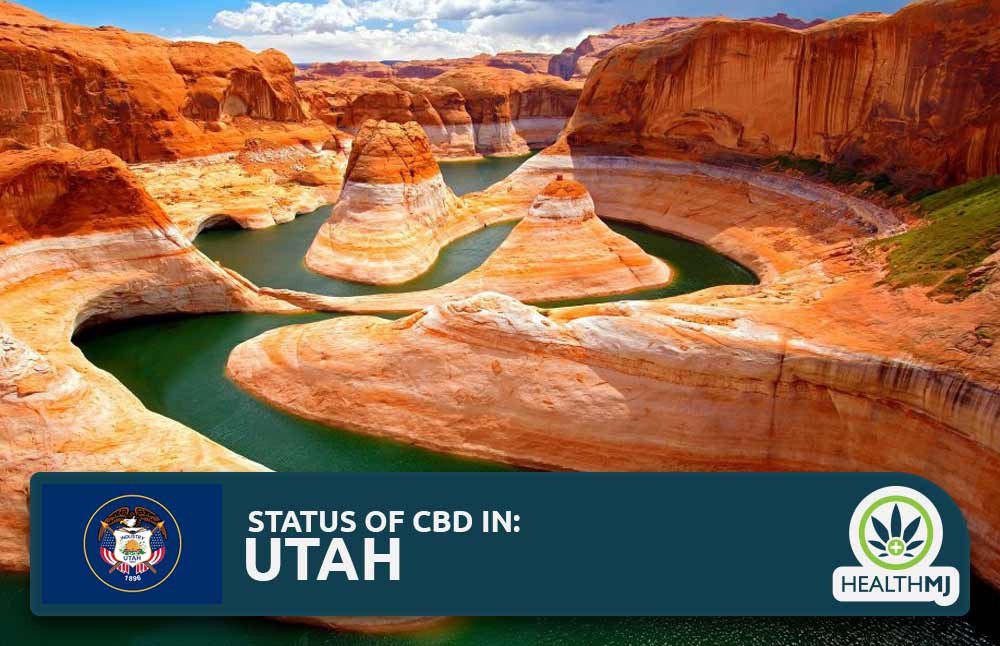 Despite its reputation as a politically conservative state, Utah has actually made some significant progress in the way of legalization and decriminalization of cannabis and industrial hemp-derived products in the past few years. Though individual bills moving for the legalization of medical marijuana failed in 2015 and 2016, 2018 saw the passage of House Bill 195, which recognized the right of companies to grow medical marijuana, so long as the plant was to be used to treat terminally-ill patients.

This medical marijuana law was expanded through Proposition 2, which legalized dispensaries in the state. These dispensaries will open in January of 2021. The state has taken a clear stance in favor of the legalization of medical marijuana for specific patients within their jurisdiction, even if their legislation came a bit later than some other states.

The legal status of CBD in Utah has been clarified for quite a bit longer than its high-inducing marijuana counterpart. House Bill 105 was signed into law by the Governor at the time in March of 2014. The legislation allowed consumers to possess and use CBD, so long as the consumer carried an official physician recommendation for the chemical and had a form of untreatable epilepsy.

Utah and the Farm Bill

The 2014 Farm Bill federally legalized the industrial hemp industry, responsible for the production of CBD and hemp-derived products, in all fifty states. This law is important for consumers looking to make use of CBD in Utah, especially considering that the 2014 legalization of CBD included no significant provisions by which consumers can obtain their CBD products.

The Farm Bill only allows consumers to purchase CBD which has a low THC content, so those users looking for a more significant high are typically out of luck in Utah. But the Farm Bill does make it possible for Utah constituents to purchase CBD and have it shipped directly to their home, without having to contend with confusing local and state laws in Utah.

Despite the legal ambiguity, some stores continue to stock CBD. These shops use the federal Farm Bill as justification for their legally-grey actions, and they have done so to moderate success. For Utah citizens looking to avoid purchasing online and instead operate within their own state, online research is an absolute must before traveling to any potential CBD vendor.