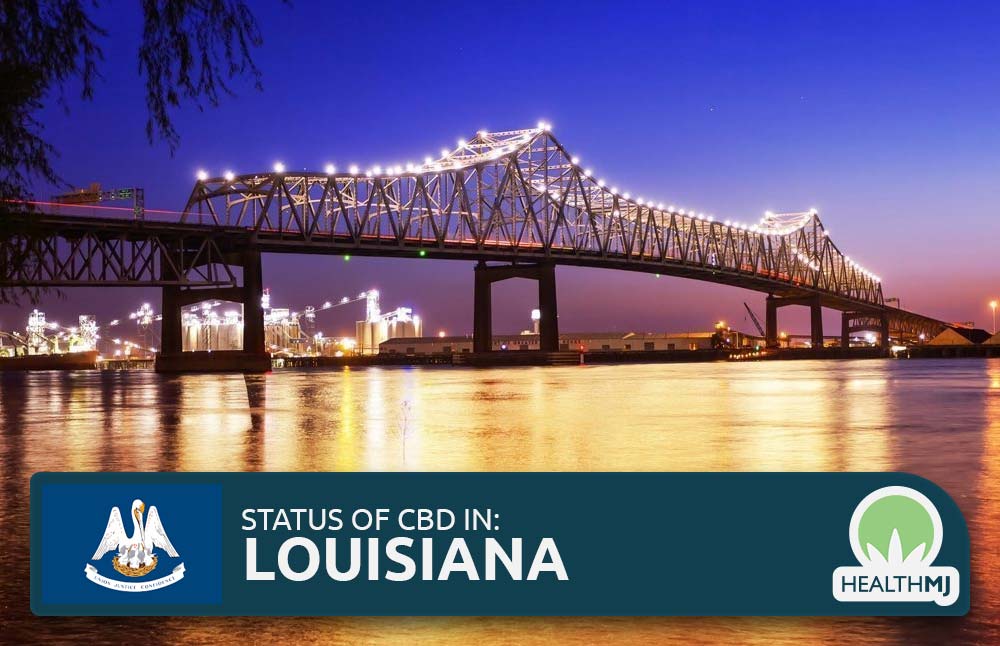 Updated legal overview of how the state of Louisiana regulates CBD and hemp-derived cannabidiol-infused products in 2019.

Like many states, Louisiana has crafted a unique regulatory framework to respond to the massive spike in public interest in CBD and cannabis products. Physicians and medical researchers all over the world have released thousands of studies backing the potential medicinal benefits of both marijuana and CBD products. Consequently, states like Louisiana have faced increasing pressure from citizens interested in the legalization and decriminalization of these products.

Louisiana has opted to completely accept the legalization of hemp CBD. Additionally, the state has created a framework for consumers to access marijuana products—so long as they have a qualifying medical condition and gain access to a recommendation for cannabis from their physician. For CBD users, this is important because it means that one type of CBD—cannabis CBD—can only be accessed if the user has access to medical marijuana in Louisiana.

Understanding these laws can be tricky; this guide has been created to address some of the most important aspects of Louisiana CBD law as it pertains to the quickly-growing industry within the state. However, users should always conduct their research and follow-up with local authorities and officials to make sure that they follow all applicable laws while using and purchasing their CBD products.

Louisiana recently passed an introductory law legalizing medical cannabis. Though the framework is still very new, several medical practices and practitioners have already recommended cannabis to their patients, and many more have applied with the state to gain permission to do the same. Medical cannabis can only be purchased by adults over the age of twenty-one, and they may only purchase the plant from licensed dispensaries.

Medical cannabis laws apply to cannabis-derived CBD. This form of CBD contains a significant amount of THC, the psychoactive chemical in cannabis which generates its characteristic high. As a result, this form of CBD can show up on drug tests, and its possession without proper medical documentation can carry some serious medical penalties.

Legalized via the 2014 farm bill, CBD products derived from the industrial hemp plant are far more accessible than their high-THC counterparts. Consumers need only be eighteen years or older to buy these products, and they can be purchased at a variety of stores, including convenience stores, some gas stations, and smoke and head shops.

Hemp CBD typically does not show up on drug tests and will usually induce no significant high.

According to the Louisiana Department of Agriculture and Forestry’s (LDAF) website, it is the state’s designated regulatory authority. The LDAF regulates the production, processing, and transportation of industrial hemp. Under House Bill 491, the LDAF is tasked with submitting an industrial hemp plan to the USDA and with adopting regulations concerning the administration of the state’s industrial hemp program.

To create the program, the LDAF is meeting with potential growers in the state, and consideration of the hemp programs in other states. The website further explains that after federal rules are adopted, the LDAF plans to have its plans reviewed and potentially approved 60 days thereafter.

Industrial hemp, according to the LDAF website, is defined as all parts and varieties of the Cannabis sativa L plant, and any part of it cultivated or processed by one who has received an industrial hemp license, and that 0.3% or less THC on a dry weight basis. It is not legal to grow industrial hemp in the state.

Those who are looking for updates on the plan’s approval may want to continue checking back at the LDAF website.