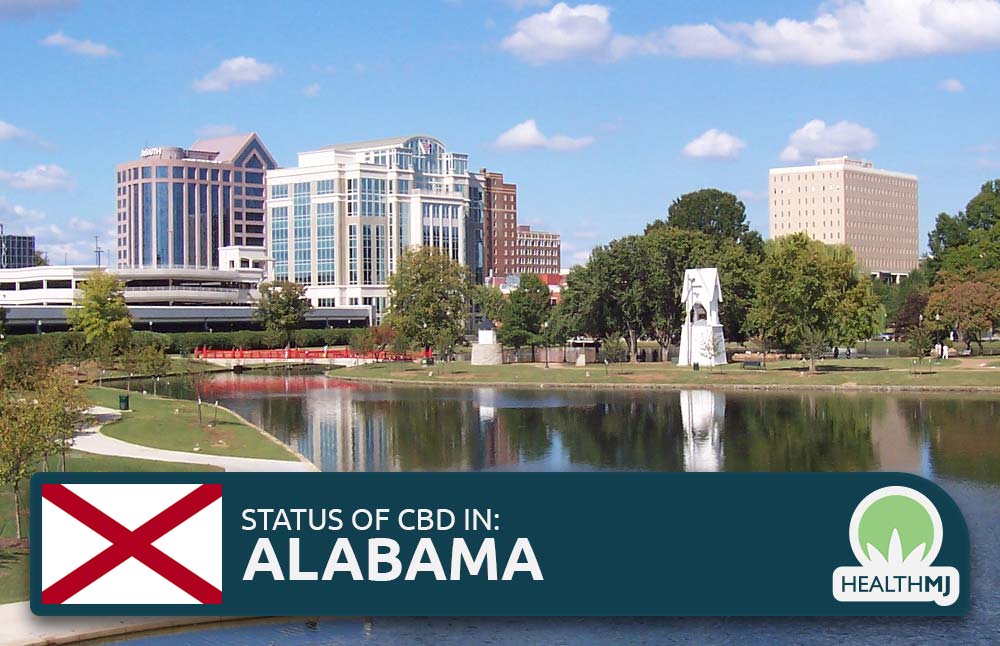 Learn about the CBD laws for the state of Alabama and see how hemp-derived cannabidiol infused products and cannabis extracts are regulated for AL, US

The first rocket that sent a man to the moon was designed in Alabama, its constitution is the longest in the country, and the state’s Mary Anderson invented windshield wipers when the idea came to her in 1903, according to 15 Facts.  As for hemp-derived CBD, here are some recent developments.

In November 2018, Alabama’s Attorney General released a Public Notice concerning the 2018 Farm Bill and hemp-derived CBD products in the state. The Public Notes reads, in part, “CBD derived from industrial hemp, with a THC concentration of not more than .3% on a dry weight basis, can be legally … possessed in the State of Alabama.” If a state does permit industrial hemp-derived CBD products, it may have restrictions on the types of products that can be used.

Further, it seems that more and more states are warning their residents about hemp-derived CBD products. In Alabama, the Department of Public Health released a warning. The warning cautions the public to “avoid using any untested, unregulated and potentially dangerous products.”

The position appears to be similar at the federal level, where there are also concerns. It seems FDA recognizes that regulation of the hemp-derived CBD industry is needed. Dr. Stephan Hahn, the new Commissioner of the Food and Drug Administration, made a public speech concerning hemp-derived CBD. In the speech, he stated, “We have to be open to the fact that there might be some value to these products, and certainly Americans think that’s the case. But we want to get them information to make the right decisions.”

Although there are many health claims about the benefits of hemp-derived CBD, which are usually based on anecdotal accounts, consumers should be aware that research still needs to be done. An article by Harvard Health appears to explain it quite well – “Some CBD manufacturers have come under government scrutiny for wild, indefensible claims, such that CBD is a cure-all for cancer, which it is not. We need more research, but CBD may prove to be an option for managing anxiety, insomnia, and chronic pain.” At this point, though,  there is still much to learn.

According to NORML, “Legislation is pending, Senate Bill 165, to establish a medical marijuana access program for qualified patients with a physician's recommendation to access medical marijuana from licensed retail outlets.”

Senator Tim Melson, R-Florence, sponsored the medical marijuana bill. An April 2020 report by the Marijuana Policy Project indicates that although the proposal “enjoyed strong support in the House, the virus derailed the legislative session, and the bill never received a House vote.”

In 2016, the Alabama Industrial Hemp Research Program Act was enacted in the state. This permitted the Alabama Department of Agriculture and Industries oversight over industrial hemp and hemp products in the state. Industrial hemp is defined in the state as “[a]ll parts and varieties of the plant Cannabis sativa, cultivated or possessed by a licensed grower, whether growing or not, that contain a delta-9 tetrahydrocannabinol concentration of not more than 0.3 percent on a dry weight basis.”

On December 14, 2018, the State of Alabama Department of Agriculture issued a press release about the 2018 Federal Farm Bill. The press release can be read in full here.

In the press release, Commissioner John McMillian discussed the state’s Industrial Hemp Research Act and the 2018 Farm Bill.  He stated, “I am happy that hemp production was addressed at the federal level.” He continued, “In 2016, we were tasked with administering the Alabama Industrial Hemp Research Program Act by the state legislature. The process has been complicated, but with the Farm Bill amendment, we can move forward with a more unified plan.”

The state’s industrial hemp program launched in early 2018, according to a report by the Alabama Department of Agriculture.

According to a February 2020 news report by WBHM, licensed industrial hemp farmers in the state face a “number of challenges, including that there aren’t enough processing facilities throughout the state to handle what’s being grown. Perhaps the biggest hurdle, though, is there’s a dearth of research on how to grow the crop and control pests. That’s in large part because hemp was illegal for so long.” The report also indicates that “Almost 600 farmers have been licensed to grow hemp this year, up from 182 licensees last year.”

Disclaimer: This article is for general information purposes only. This article is not legal advice. This article was created to entertain readers and should not be used for any other purpose. For your safety and wellbeing, seek licensed legal counsel in your state for laws and regulations concerning CBD.