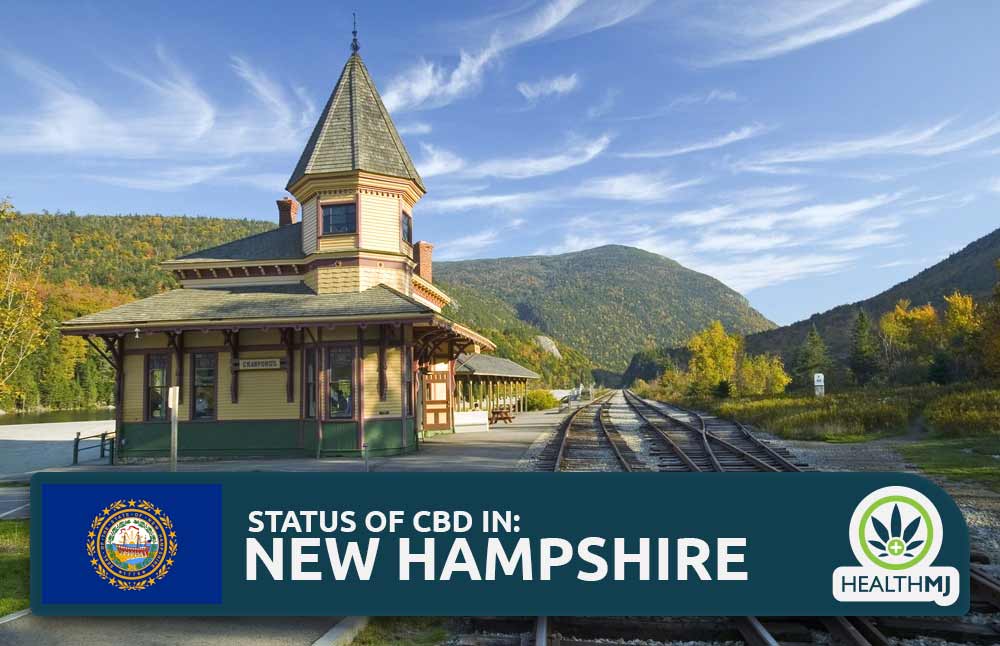 In New Hampshire, the precise legal status of CBD products depends primarily on the source of the compound. Like many states, New Hampshire draws a distinction between marijuana-derived CBD and CBD derived from the industrial hemp plant. While the former is only legal under the medical marijuana statutes put into place in the state in 2013, the latter can be purchased in stores all over the state regardless of the person’s access to a medical marijuana card.

Despite the passage of a medical marijuana law back in 2013, implementation of the framework has been relatively complicated. ID cards are issued via an increasingly complex process, and many citizens might find it too difficult to even pursue as a potential route for treatment. To add to the confusion, the state also does not allow state-licensed dispensaries to carry cannabis-derived CBD oil. Instead, these oils are issued directly to physicians for administration to MMJ cardholders.

Consumers interested in medical marijuana or cannabis-derived CBD oils should contact their primary physician in the state for more information on how the process functions.

All CBD derived from the cannabis plant contains a high THC content, and is consequently legal only under the protection of New Hampshire’s existing medical marijuana framework. Users of CBD approved by the state are allowed to possess up-to 2 oz of marijuana plant, and they can possess CBD oil which has been directly prescribed to them by their medical doctor.

Residents also must be at least eighteen years old, which means that minors suffering from intractable conditions are currently unable to use high-THC, medical-grade CBD legally. Minors interested in CBD in New Hampshire will likely need to gain access to low-THC versions, which are derived from the industrial hemp plant and available all over the state.

In New Hampshire, the Farm Bill of 2014 has not yet been refuted by existing legislation. This means that the federal perspective—that hemp-derived CBD oils are legal for all constituents of legal age—is respected within the state. Anyone over the age of eighteen should be able to pick up a variety of CBD products from different stores, including food and wellness stores, smoke and vape shops, and even some gas stations.