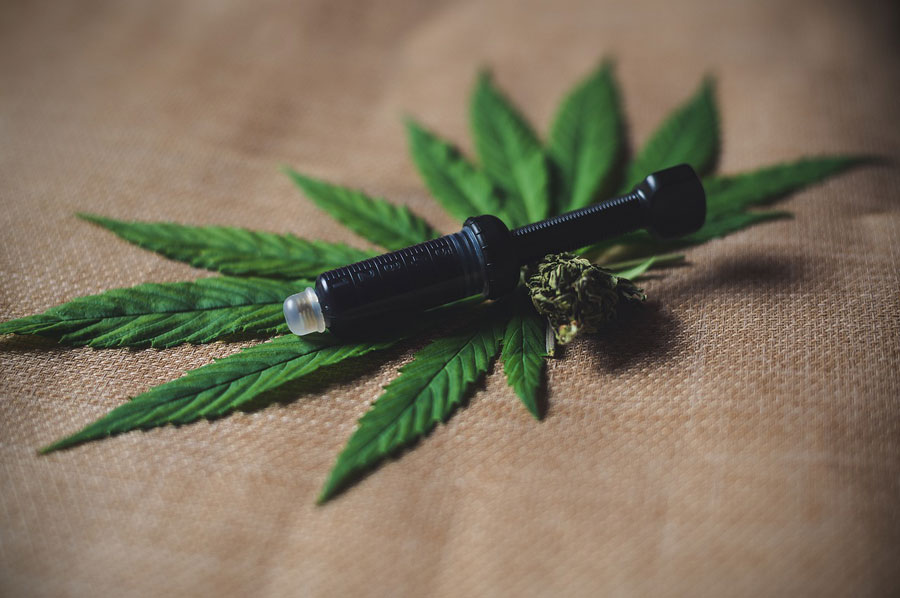 Rick Simpson Oil: How to Use RSO Oil and Benefits vs Side Effects Risks

A full user review guide on Rick Simpson Oil (RSO). How to use, the health benefits vs side effects and tips on how to make your own or buy it online.

Rick Simpson is known as an activist for the medical marijuana industry, leading to the creation of Rick Simpson Oil (RSO). While RSO is like CBD oil, it has a much different composition, using cannabis, but with a high content of THC. THC is the active chemical compound that creates the effect of being stoned and is only allowed to offer 0.3% concentration in any CBD product, if any.

While medical marijuana was not legalized in Canada until 2001, Simpson originally discovered the effects that cannabis oil could have on his body for years prior. Simpson was an engineer, employed by a Canadian hospital, working in the boiler room. The room was covered with asbestos with core ventilation and toxic fumes. After collapsing from temporary nervous system shock, Simpson collapsed and hit his head, leading fellow employees to take him to the emergency room. Simpson suffered for years with dizzy spells and tinnitus. Though he was prescribed medication for these problems, he ultimately suffered even worse symptoms.

During that time, Simpson saw a documentary that described how cannabis can have a ceiling effect. Though he spoke with his doctor, he was refused the use of it for his treatment. Instead, he sought out the substance on his own, finding relief from his symptoms with its use. After a skin cancer diagnosis in 2003, Simpson says that he started applying the RSO to the affected cancer spots, found along his face and neck. As a result, he says that the spots went away in days, and he’s yet to have them return.

Through the years, Simpson has had many interactions with the authorities. With multiple raids on his house, and the confiscation of over 2,600 plants by the Royal Canadian mounted Police, he has refused to give up. To this day he continues to spread knowledge about the benefits of medical marijuana.

What is RSO CBD Oil?

Typically, an RSO contains between 50% and 60% THC with 10 to 15% CBD, regardless if it is made at home or purchased in stores, varying by the strain used. It is a full-spectrum plant extract, typically made with an Indica strain of cannabis. Indica is praised for the sedative, healing effects it has. Interestingly, rather than marketing and publicizing these products, Simpson encourages consumers to use his methods to develop their own remedies at home. However, the use will require a substantial amount of marijuana and it could be combustible with a spark in the solvents involved.

CBD oil is much different. By definition, it cannot contain more than 0.3% THC, which suggests that the term “RSO CBD Oil” is more of a marketing term than anything else. It is a full-spectrum CBD oil, using the whole plant to make CBD oil. While CBD oil alone focuses primarily on just offering a singular compound, full-spectrum CBD oil includes other cannabinoids, sans THC and other psychoactive substances. As it stands, it appears that RSO CBD oil and full spectrum CBD oil are nearly the same thing. 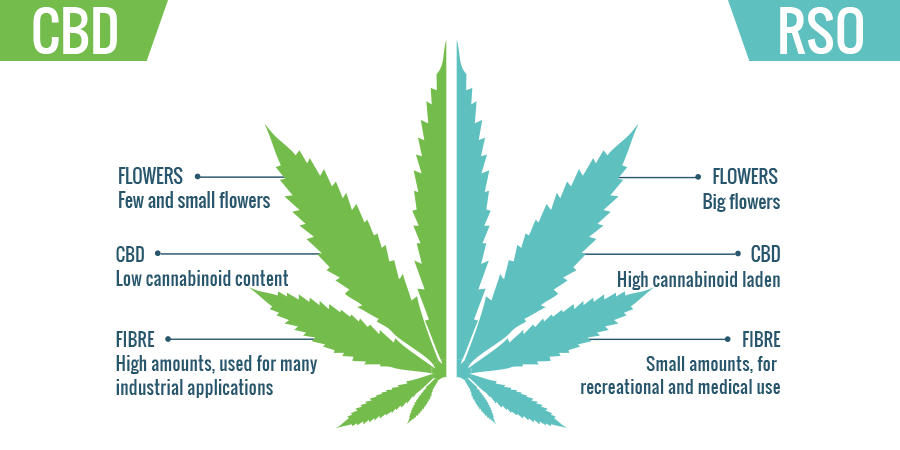 Primarily, RSO is toted by Simpson as a way to cure cancer, though the Food and Drug Administration has not confirmed this effect to be true. Along with claims of skin cancer removal, RSO is advertised to treat:

This is not a complete list of all of the potential conditions that RSO may help.

Since the oil contains THC, it is possible that consumers will feel the “high” sensation often associated with it. However, there are many psychological symptoms and physical effects that have been reported over time, including:

Even with these side effects, the reaction only lasted a few hours. Long-term, there isn’t any evidence to suggest that the substance does permanent damage.

The benefits all seem too good to be true, but there have been multiple studies on the use of CBD oil and Rick Simpson oil to see how well it actually meets those goals. RSO itself was developed in response to a 1975 study involving lung cancer in mice, discovering that CBN and THC managed to reduce the growth of that cancer.

Since the original study, others have reported similar healing effect in cell models and animal models. There were certain cannabinoids found that could end up reducing the growth and eventual spread of these cancer cells, like THC, CBN, and CBD. A study in 2014 combined THC and CBD extracts with radiation therapy, finding that the extracts made radiation therapy more effective in treating a specific type of bran cancer. However, a study posted ten years earlier discovered that the use of THC alone increased the growth rate of certain cancer cells in the lungs and brain.

The supporters of RSO oil typically go back to a study in 2013, involving a 14-year old girl with a specific type of leukemia. She took RSO daily, and the cancer seemingly stopped spreading, at which time the girl began to use other oils. The introduction of these oils came with mixed results, and the girl passed away two months later with a gastrointestinal condition that was not related to her illness.

There's no shortage of recipes for RSO online, since the process is relatively simple. However, it still comes with risk. According to many RSO oil user guides, do it yourselfers need:

The process begins by putting all of the dried cannabis into the bucket, pouring the solvent over it. Then, use the wooden spoon to stir and crush the plant, while simultaneously adding the solvent. The make sure needs to be stirred for about three minutes to allow the THC to dissolve. About 20% THC will remain.

The solvent should then be transferred to the rice cooker until it is about three-quarters of the way full, at which point the rice cooker should be turned on. If a rice cooker is not available, find another method of keeping a steady temperature between 210 and 230 degrees, which will release the active compounds from the cannabis plant.

Once the solvent has evaporated from the heat, the oil can be siphoned into the syringe, which allows the dose to be easily used. Expect the RSO to be thick, though it can be ran under hot water within the syringe to make dispensing easier.

Considering the sensitive nature of RSO, it is best to speak with a medical professional to determine the best dose for a particular condition. In general, over 90 days, the goal is to consume about 60 grams. Sublingual consumption provides the fastest absorption rate, so it can also be taken as a capsule or as a topical remedy.

For the first week, users can expect to take 3 doses each day, which should be about the size of half a grain of rice every 8 hours. Until week 5, the dose should be doubled every 4 days, from the 5th week to the 12th week, approximately one gram of RSO a day should be sufficient until the individual reaches 60 gram consumed.

Consumers that don’t have the time to develop their own version of RSO can purchase it from multiple online retailers. There are many recommendations to choose from regarding using a quality CBD oil, which offers a 10ml RSO CBD oil product for $40. The 50ml option is available for $180.

There is a lot of research to support the use of Rick Simpson oil, but there are other studies that reveal that the oil may not have predictable effectiveness when it comes to treating cancer. There are many people that take RSO CBD oil to combine the benefits of RSO with the legal status of CBD. This may also be due to the studies that have shown an increase in the growth of cancer cells with the use of THC.

There are some companies and researchers that believed that the oil could ultimately be a true cure for cancer, or it could just as easily be a false sense of hope. In order to determine how effective this formula is in cancer treatment or any other therapy, additional research is crucial.