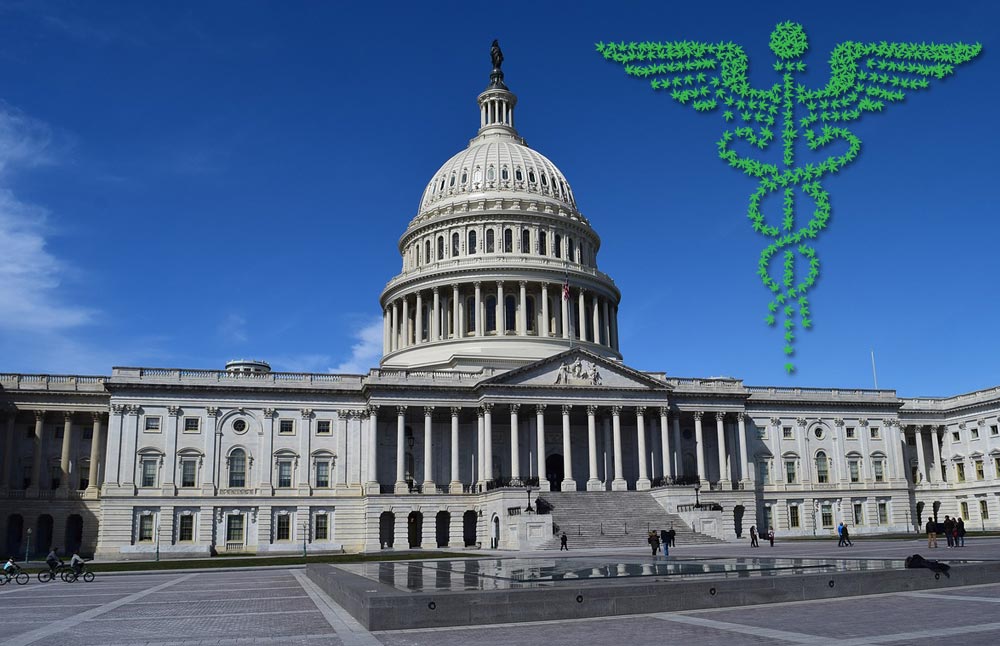 Medical Marijuana states legal policies now have an extra layer of protection from federal intervention as the latest Senate Bill gets approved to limit interference from the government.

While the cannabis industry may seem like it is winning already with 30+ states that have already approved medical marijuana laws, but there are still risks for consumers. Since the substance is a schedule 1 drug, the federal government has primarily had the power to supersede these laws, but that possibility ended yesterday.

On October 31st, the Senate has approved the legislation that protects these states where marijuana is approved, preventing the federal government from interfering with any of their state programs for cannabis.

As Marijuana Moment points out, a House-approved version with broader protection could still be added into this final bill that goes to the president. Still, the Senate’s approval was nearly unanimous with only nine votes against it and 84 votes in favor of its passing. With the bill, the Department of Justice is not allowed to use its resources for the prosecution of any individual that complies with the laws of the state they are in.

The House passed a spending bill in June that would extend the protections to all cannabis programs, including recreational use, and many advocates were hoping to see the Senate follow their lead. Unfortunately, several senators who spoke with Marijuana Moment stated that this was unlikely and that there was already an agreement in place not to add on such expansions without an agreement amongst the bipartisan leadership.

The only way that Congress will be able to add this expanded provision to the president is if the negotiators on the committee choose to add it in. At this point, there’s a chance that the bill that the Senate passed will just be approved to prevent a government shutdown. A government shutdown would be possible if the spending legislation isn’t signed into law before November 21st.

“It’s our hope that the House will insist that today’s minibus appropriations package include the provision to restrict the Department of Justice from interfering with state-legal marijuana programs that passed with bipartisan support.”

Along with the medical marijuana protections language, the Senate Appropriations Committee recently approved legislation that would prevent local tax dollars in DC from creating a legal marijuana market. A provision that provides funding to the USDA for legal hemp program regulations was also added. The latter language is part of the efforts to push the Food and Drug Administration to serve hemp businesses while supporting “competitive USDA grants for hemp projects.”

Sen. Ron Wyden explained that the FDA has been rather slow in issuing its guidance, despite the legalization of hemp-derived CBD already being in place. He added,

“This is about helping Oregon’s hemp industry continue to create jobs, protecting consumers and putting an end to the regulatory confusion and uncertainty. This language again shows that the Senate is serious about the FDA doing its job.”

Mitch McConnell, the Senate Majority Leader, was also happy to see the spending bill provisions. In a press release, he stated that he is “proud” to work with the farmers, processors, and manufacturers that are working to see the full potential of hemp. He added,

“Ensuring law enforcement can differentiate between industrial hemp and its illicit cousin is critical, and I’ll continue working with the DEA and other federal agencies so hemp can be treated the same as any other legal commodity.”