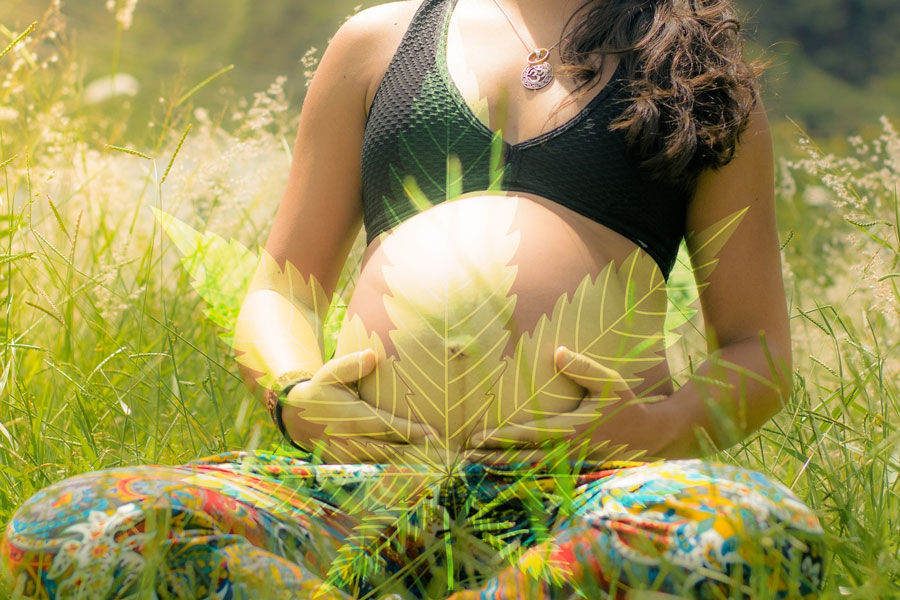 Cannabis use has been lauded as a safe way to handle a variety of issues in the body, including anxiety, pain, nausea, and more. However, is it just as safe when the human body is supporting another life? Researchers from Western University and Queen’s University used lab rats and human placental cells to get some answers.

How Does Cannabis Use Impact Pregnancy? New Research Weighs In

Research on the use of cannabis and how it impacts the body is still in its early years, leaving the public with a lot left to understand and explore. Now, researchers from Western University and Queen’s University have decided to examine the way that cannabis can impact a rather delicate medical state, pregnancy. The study specifically looked at the use of cannabis on the development of the placenta and the fetus.

Published in Scientific Reports on January 17th, the study focuses on using rats to test the effects, as well as human placental cells. The goal was to show that THC has a considerable impact on organ development and gene expression during pregnancies. In the rat model, with regular exposure to an equivalent dose of THC that would be used daily during pregnancy, birth weight was reduced by 8%, and the brain and liver growth was impeded by over 20%.

Dan Hardy, Ph.D., who is a co-author on the paper and an associate professor at Western's Schulich School of Medicine & Dentistry, stated,

“This data support clinical studies that suggest cannabis use during pregnancy is associated with low birth weight babies. Clinical data is complicated because it is confounded by other factors such as socioeconomic status. This is the first study to definitively support the fact that THC alone has a direct impact on placental and fetal growth.”

Based on the results, the researchers found that the use of THC during pregnancy can also prevent the fetus from received oxygen and nutrients via the placenta. Through the examination of human placental cells, the researcher discovered that GLUT-12, a glucose transporter, was not adequately transferred from mother to fetus with THC use. The rat model also revealed that THC use could potentially be causing reduced blood flow between the mother and fetus, based on the reduced vasculature in the placenta. Between these two effects, the researchers believe that they found the cause of the decreased birth weight.

Right now, Health Canada has not issued any actual rules on the use of cannabis while pregnant. Without any direction, about 20% of women have no qualms soothing their morning sickness or anxiety with cannabis, and they are completely unaware of the potential side effects. David Natale, Ph.D., another co-author and associate professor at Queen’s, added,

“Marijuana has been legalized in Canada and in many states in the US, however, its use during pregnancy has not been well studied up until this point. This study is important to support clinicians in communicating the very real risks associated with cannabis use during pregnancy.”

As the marijuana legalization continues to unfold and roadblocks fall in terms of opening up new funding for much-needed research, expecting mothers need to feel comfortable in asking their doctors or licensed healthcare providers about using pot during the pregnancy cycle. While there has been an initiative between obstetricians and pregnant women, given light of the new research report about THC exposure and placental and fetal development, be sure to spark up that conversation as it could be a real life-saver in some cases. Even an OB-GYN at the University of Colorado Anschutz Medical Campus, Dr. Camille Hoffman-Shuler, who has examined cannabis use during pregnancies said:

Women are much more forthcoming about reporting. But we’ve changed the way that we ask as well.

While no definitive science or research has fully examined marijuana's possible side effects on developing babies, it may be best to error on the side of caution or opt for extremely limited exposure. There is no conclusive evidence that cannabis is safe for the pregnancy process, such as the low birth weight. However, the fear and stress of not knowing which is optimal for a newborn baby can be paramount. While no doctor or professional care taker wants to be punitive and scare women by overstating possible risks, the truth is marijuana safety studies regarding pregnancy are limited and lack data.

For all expecting mothers experiencing pregnancy and have the itch to use marijuana, be sure to proceed with caution, listen to your heart and gut and give yourself the best possible environment to bring your beautiful child into the world. Don't be shy to consult with doctors and pregnancy specialists.