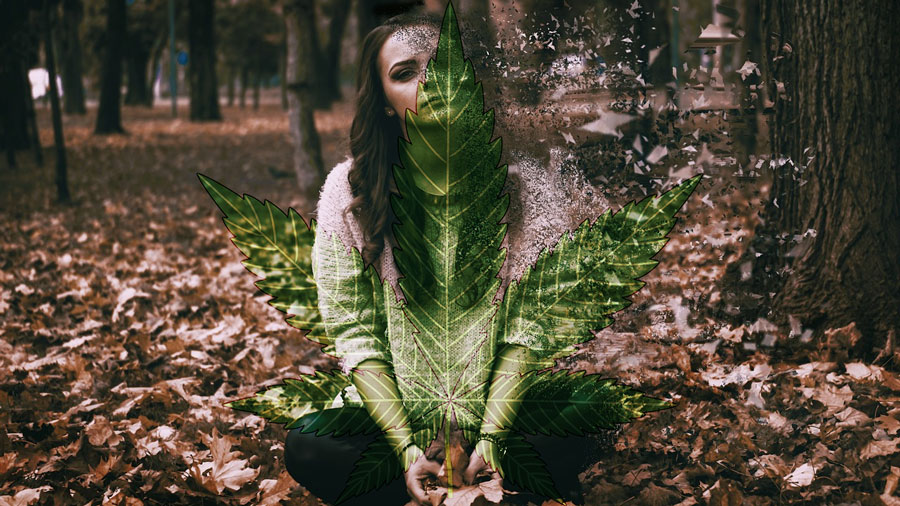 A new study reveals cannabis' effectiveness at stopping anxiety attacks based on the body's endocannabinoid receptors and a natural brain chemical molecule 2-AG as the marijuana for mental health movement gains momentum.

With all of the advancements in science these days, one of the constant focuses continues to be anxiety and its impact on the brain. Now, researchers have found a connection in the brain that may be treatable with cannabis. What do you need to know?

Many people know cannabis for the way that it is able to help consumers wind down and relax after a long and stressful day. There are even some consumers that use it in the daytime to alleviate their anxiety. Now, researchers are examining how cannabis creates this effect in the body, thanks to a study that was published in the medical journal Neuron.

The study shows the way that cannabis can be used in fighting an anxiety attack, building on previous discoveries that show the “anxiety super-highway” in the brain. Scientists believe that this area of the brain is responsible for triggering anxiety attacks and disorders, as it is the connection between the amygdala and the prefrontal cortex. The amygdala is responsible for processing emotions, while the prefrontal cortex rules impulse control, decision making, and socializing.

Whenever any human or animal is exposed to a stressful situation, these two areas are triggered by the “super-highway.” When they connect, neurochemicals are released that heighten anxiety levels. Sachin Patel, the co-author in the study and a researcher at Vanderbilt University Medical Center, said,

“The circuit between the amygdala and the frontal cortex has been shown to be stronger in individuals with certain types of anxiety disorders. As people or animals are exposed to stress and get more anxious, these two brain areas glue together, and their activity grows stronger together.”

The body releases a molecule that could potentially break this connection, according to the researchers, called 2-AG. 2-AG is capable of disrupting the neurochemicals, which would cause the anxiety levels to drop, but it is released with the activation of endocannabinoid receptors that already exist in the brain. These receptors are also activated when the body consumes cannabis.

To test out this theory, Patel and his team put lab mice through stress for a total of 24 hours before putting them into a maze. Without being exposed to stress, the 2-AG molecule would subdue the communication between the amygdala and the prefrontal cortex, which helps the body to regulate anxiety. However, as the mice were exposed to stress, the molecule seemingly broke down, strengthening the connection between the two parts of the brain.

Ultimately, Patel aims to create research that can encourage the creation of a new drug that can elicit the same reaction that 2-AG provides, but by using the endocannabinoid receptors in the brain to prevent the anxiety from building up. Patel, while speaking with Inverse, stated,

“If proven effective, this type of medication would be taken to cause a continuous elevation in 2-AG levels in the brain.”

Before the medication can be created, more research is going to be necessary. Patel explained that there’s not enough known about the way that 2-AG levels can impact PTSD and similar disorders, or if this signal has been “compromised.” Still, through this working, Patel is hoping that a new drug will be created that will,

“allow one to experience some of the beneficial effects people use medical cannabis for, in terms of anxiety and stress-relief, without some of the side effects.”

Patel is hoping that medical cannabis will not be used at all in these medications, but the research he provides shows exactly why this substance could be potentially helpful. Researchers in this sector could realistically take advantage of the findings of this study to help them find a way to treat anxiety with a plant-based medicine, offering an alternative to what Big Pharma still offers. Sachin went on to say that he hopes more scientific research will be conducted in the coming years, adding:

“We still do not know how enhancing 2-AG levels will affect humans with stress-related disorders such as PTSD, and whether 2-AG signaling is compromised in patients with PTSD or other anxiety disorders.”

It will be interesting to see what further research yields regarding cannabis' ability to halt anxiety attacks dead in its tracks as marijuana and mental health are picking up momentum among the masses in 2020 and beyond.

Facebook
Twitter
Pinterest
WhatsApp
Telegram
Linkedin
ReddIt
Previous articleIntermittent Fasting with Cannabis: Can You Use CBD and Marijuana on the IF Diet Plan?
Next articleTop 20 Best Topical CBD Creams, Lotions, Balms and Salves in 2020