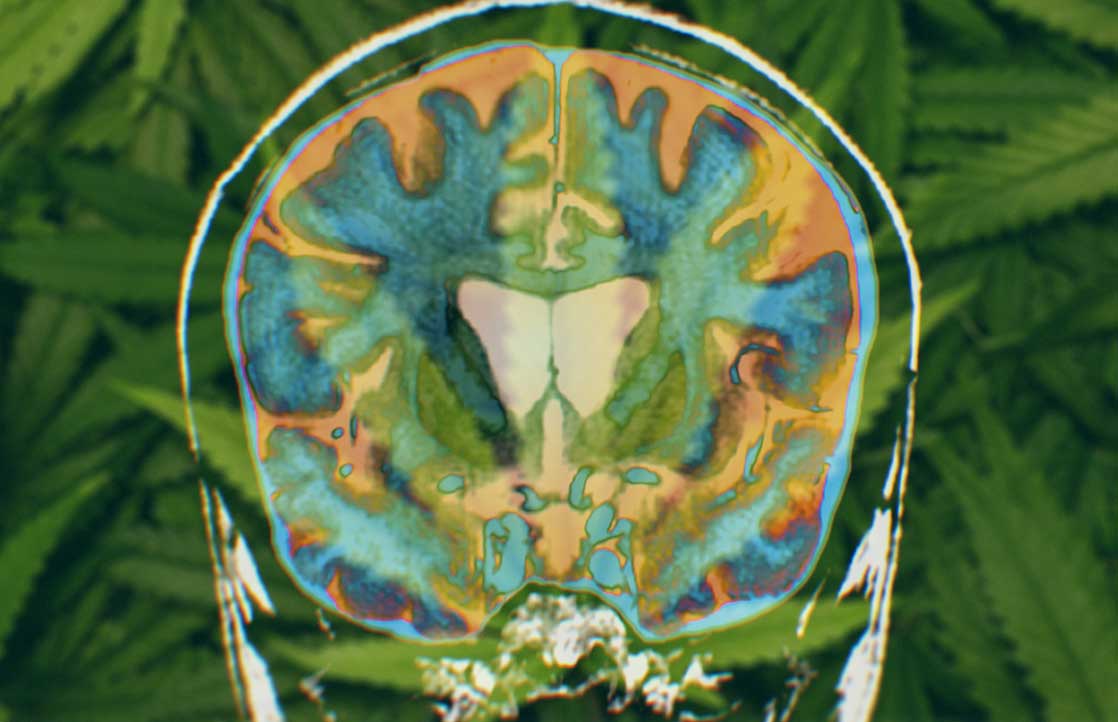 Huntington’s disease is a fatal genetic disorder that causes the degeneration of nerve cells in the brain. The disease breaks down patients’ physical and mental capabilities, resulting in symptoms like involuntary movements, slurred speech, amnesia, and personality changes. Huntington’s has no cure, but studies have shown the potential of cannabis in alleviating symptoms and slowing the disease’s progression.

Here are 5 things you need to know about how cannabis treats Huntington’s disease:

Patients with Huntington’s show lower levels of CB1 receptors in the striatum, the part of the brain most affected by the disease. Part of our ECS, these receptors can help preserve nerve cells when activated by cannabinoids like THC and CBD found in cannabis. A study published in the journal Brain: A Journal of Neurology found a decrease in symptom severity and a slowed disease progression when THC latches onto CB1 receptors.

Jerky involuntary movements, or chorea, is one of the defining symptoms of Huntington’s. A common medication used to treat chorea is nabilone, a synthetic cannabinoid that mimics THC. A study published in the journal Movement Disorders found that patients who took nabilone not only saw an improvement in chorea, but also in cognition and behavior.

CBD and THC work together to protect neurons

CBD has also been shown to act as a neuroprotective agent. According to a study published in the Journal of Neuroscience Research, a 1:1 ratio of CBD and THC reduces inflammation and shields striatal neurons from damaging stimuli.

Like CB1 receptors, CB2 receptors have a clear link to the onset and severity of Huntington’s. A study published in the Journal of Neuroscience found that activating CB2 receptors with cannabinoids extends life span and suppresses motor deficits.

Huntington’s breaks down nerve cells by attacking microglia, the main immune cells in the brain. According to a study published in the Journal of British Pharmacology, the activation of CB receptors by cannabinoids helps control the brain’s antioxidant defenses and limits the toxicity of microglial cells.

Have you had any success in treating Huntington’s disease with cannabis? Share your experiences in the comments below.