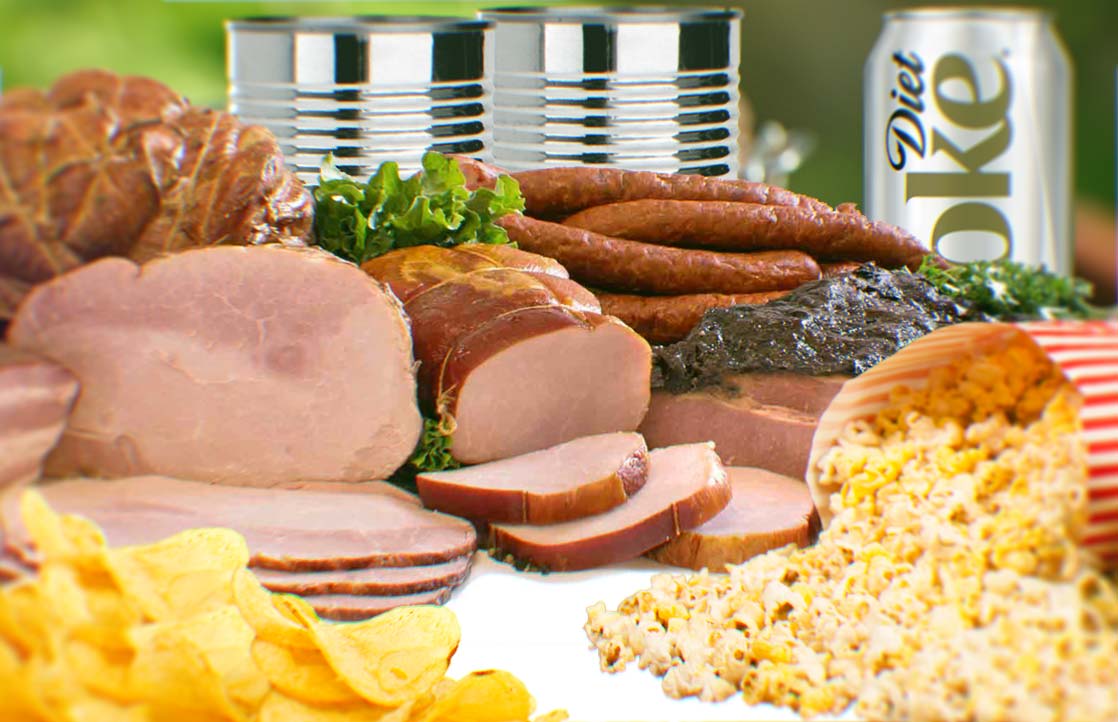 11 FDA Approved Foods That Are More Dangerous Than Cannabis

Some of our favorite foods contain chemicals that, not only present detrimental risks to our health and may lead to an increase in cancer, but are actually FDA approved. Here is a list of foods that are more dangerous than cannabis.

FDA Approved Foods That Are More Dangerous Than Cannabis

A compound called perfluorocatanoic acid (PFC), found on the inside of popcorn bags, has been associated with an increased risk of certain cancers, such as prostate and liver cancer. A 1993 study by Dr. Frank Gilliland reported that factory workers who were exposed to PFC had increased cancer mortality.

According to the American Institute for Cancer Research, “eating 3.5 ounces every day – a large hot dog – increases colorectal cancer risk by 36%.” In addition to being carcinogenic, meats cooked at high temperatures contain PAHs and heterocyclic amines (HCAs) that can damage DNA.

A study by the Midwest Center for Environmental Science and Public Policy found that consumption of even small amounts of farmed salmon increases exposure to dioxins and dioxin-like compounds known to cause cancer.

Potato chips contain high levels of acrylamide which has been shown to cause cancer in animals. The American Cancer Association calls for more research to ensure that acrylamide is safe for humans.

A 14 year long clinical study in Singapore found that individuals who consumed two or more soft drinks per week were more likely to develop pancreatic cancer.

A clinical trial by The American Journal of Clinical Nutrition found that men who consumed one or more diet sodas a day had an increased chance of developing non-Hodgkin lymphoma and multiple myeloma, two forms of cancer.

The US Department of Health and Human Services lists alcoholic beverages as a human carcinogen, which is linked to an increase in developing cancer. Research has also shown that the more alcohol a person consumes, the higher the risk of developing an alcohol-associated cancer.

A US study using over 100,000 subjects between the ages of 50 and 74, found that the consumption of red meats was linked to a significant increase in the risk of colon and rectum cancer.

Non-organic produce contain many pesticides that are carcinogenic and have been found to lead to tumor growth. However, it is important to make sure that your cannabis is pesticide free as well.

A study at The Department of Cancer Epidemiology in Sweden found a direct correlation between refined grains and oral and pharynx cancer.

Can you recommend any foods that should be avoided to maintain a healthy cancer diet?