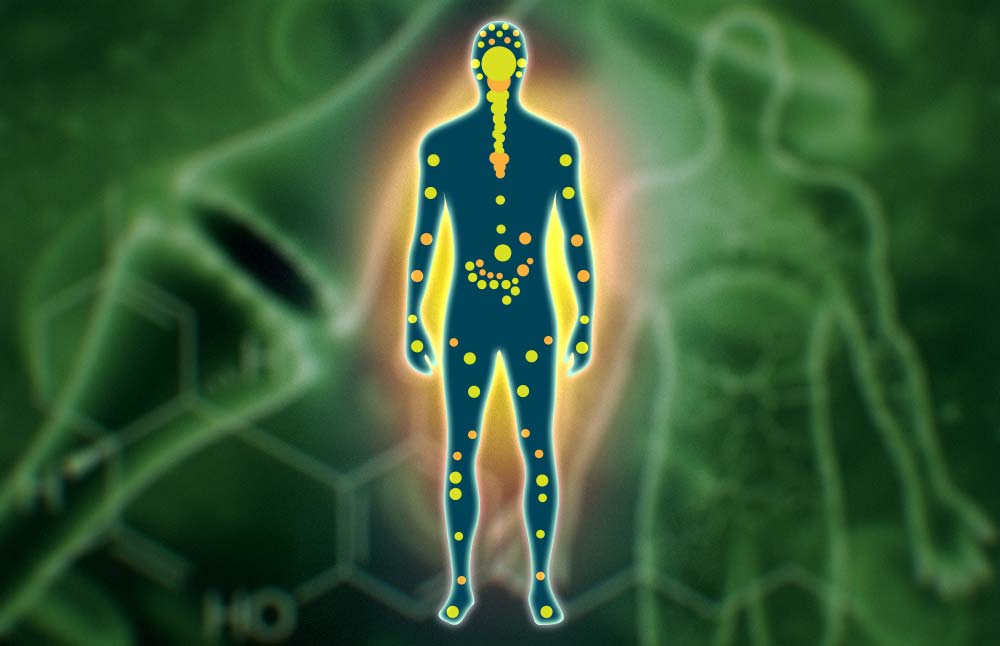 What Is The Endocannabinoid System? 6 Things You Should Know.

Here are a few things you should know about the ECS: What is the endocannabinoid system?

1. We discovered the ECS not too long ago

Not only did Dr. Raphael Mechoulam redefine the cannabis industry by isolating THC, but he also identified the brain’s first endocannabinoid in 1992. According to a 2006 interview, Mechoulam and his partners named it “anandamide,” from the Sanskrit word “ananda,” which means “eternal bliss” or “supreme joy.”

2. Cannabinoids allow us to feel the psychoactive effects of cannabis

Dr. Andrew Weil writes in his book that when a person consumes cannabis, THC attaches to cannabinoid receptors in the body and throws them off course. The receptors’ inability to communicate between neurons then allows the high to kick in.

3. Cannabinoids by themselves can mimic some effects of cannabis

Sometimes called “marijuana of the brain”, cannabinoids can produce euphoria by activating a certain part of the brain. Dr. Gregory Gerdeman found in his research that the infamous “runner’s high” is actually a result of the ECS.

4. Knowledge of the ECS has paved the way for medical cannabis

5. Cannabis lead to the discovery of the ECS

Dr. Dustin Sulak, an osteopathic physician, and expert in integrative medicine writes that the ECS was named after cannabis. His research has shown that consuming cannabis can boost naturally occurring cannabinoids in the body, which helps the ECS run more smoothly.

6. Your doctor should know what the ECS is

We asked Mary Lynn Mathre, President of the American Cannabis Nurses Association and Co-Founder of the yearly Patients Out of Time Conference, to share words of wisdom from her 20 years of experience helping patients with cannabis. Her advice: “Talk to your doctor about the endocannabinoid system. Make sure they know what it is.”

Have you heard of the endocannabinoid system before reading this article? Let us know in the comments below.