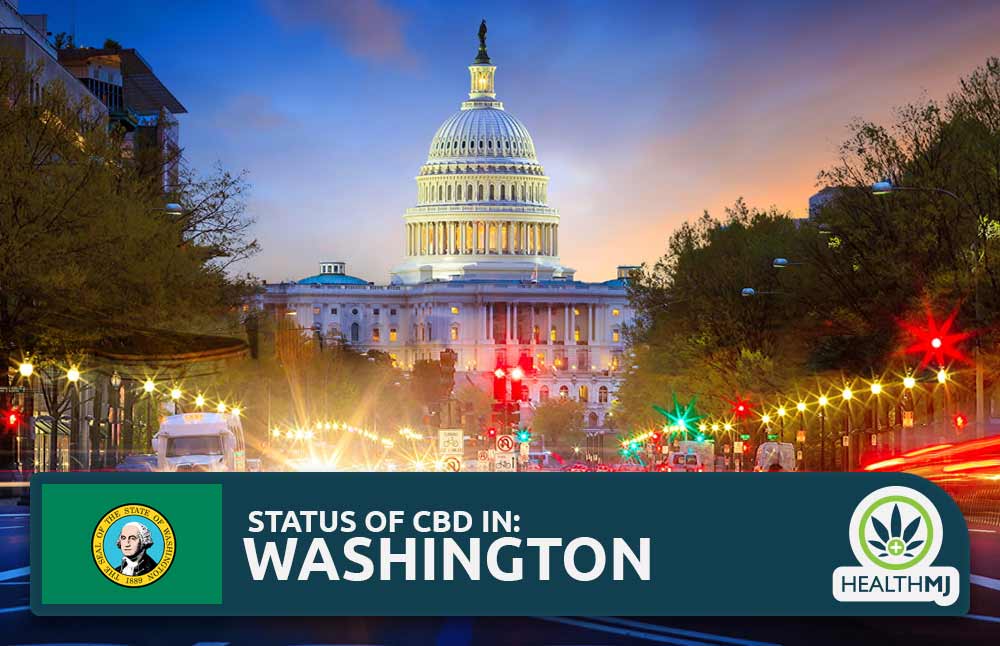 Washington boasts some of the most liberal laws for CBD and marijuana legislation in the entire country. This should come as no surprise; Washington legalized medical marijuana relatively quickly, and continues to amend their existing laws to better serve their growing population of responsible cannabis users. When it comes to CBD, the state’s House Bill 2334 officially allowed producers of marijuana to use CBD—even if the CBD is not officially licensed by the state’s Liquor or Cannabis Board.

Additionally, this bill clarified the question of CBD’s legality of the common man, a question which had created trouble in the state for activists and legislators alike for quite some time. According to this official decision, CBD products remain legal so long as their THC content does not exceed the limit of .03%. This is a common limit placed on THC within CBD products, and many states continue to adopt it as their own standard. CBD with a THC content of lower than .03% is unlikely to show up on drug tests, and it rarely ever causes significant impairment or a “high.”

One important distinction to remember is that Washington, like many states that have legalized marijuana in some form, has been clear that marijuana and CBD products are only legal for companies to use if they are produced within—and remain inside—the state of Washington. This makes the import of CBD or marijuana products strictly against the law. Companies caught importing products from other states face the possibility of having their license taken away.

Washington decriminalized marijuana and all of its derivatives in 2012 via Initiative 502. This law built upon an existing medical marijuana framework which the state had put into place years ago. Citizens of Washington state are allowed to possess below 72 ounces of CBD oils without any kind of criminal penalty.

A specific law on hemp-derived CBD oil was put into place in 2014 with Senate Bill 6206. Following the passage of the federal Farm Bill, the state strengthened their own stance on the legal nature of the hemp industry, passing SB 6206 and articulating that hemp products are legal in the state of Washington.

Where to Find Washington CBD

Washington CBD can be found in both online stores and in traditional brick-and-mortar shops. Smoke and head shops, dispensaries, and even some convenience stores all might carry CBD products of varying types. It remains legal to purchase CBD online in Washington.