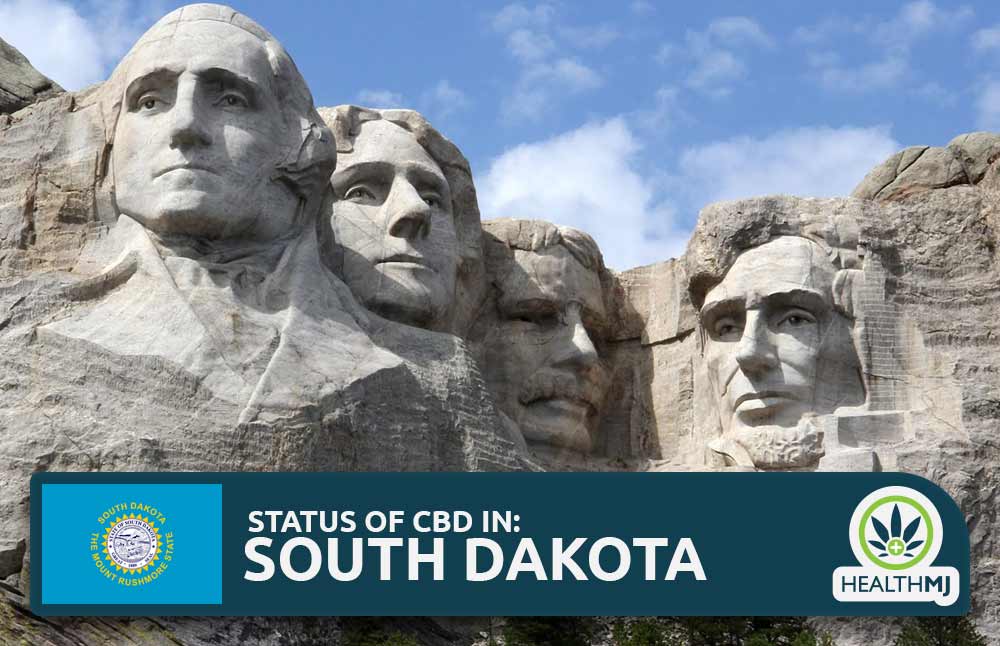 Unfortunately for CBD users in this state, South Dakota is one of the toughest jurisdictions in the entire United States when it comes to CBD and hemp-derived product regulation. The state has passed several laws making prison sentences stiffer for those who possess any kind of marijuana, and the state has shown few signs of providing useful CBD exceptions to their existing scheduling and regulatory framework. The state also has an “internal possession” law, which means that users of marijuana can be charged for simply having it in their system.

The only hope for CBD users in the state comes from South Dakota’s medicinal exceptions for CBD, as well as their efforts to reschedule the substance. A law passed by South Dakota’s congress in 2017 moved CBD to a separate schedule from marijuana, making it a schedule IV illegal, regulated substance. But this scheduling change only applies in South Dakota if the product is approved by the Food and Drug Administration. This is a major problem for CBD users because, aside from one pure CBD drug named Epidiolex, the FDA has been reluctant to approve any CBD product for usage.

Though several initiatives attempted to legalize medical marijuana—and therefore medical CBD—in the state have surfaced over the years, they have all failed. The latest attempts came in 2018, when public propositions to legalize both medical and recreational marijuana were rejected from qualifying for the public voting ballot.

The only substantive law concerning CBD to pass in the state came in 2017, when South Dakota allowed CBD products approved by the FDA to move to a schedule IV substance classification. While this would make the product legal for use by qualifying adults, only one pure version of CBD has ever been approved by the FDA. This particular strain of CBD is also relatively rare, creating an additional obstacle for hopeful CBD users in the state.

South Dakota and the Farm Bill

While many consumers in the United States find that the Federal Farm Bill, which legalized the industrial hemp industry years ago, allows them to legally purchase low-THC CBD products, this might not be the case in South Dakota. Police regularly raid shops selling these products, and it might be against the law to possess any kind of CBD—regardless of its THC content. Consumers in South Dakota should be exceedingly cautious, especially given the state’s history of anti-CBD laws and legal sentiments.