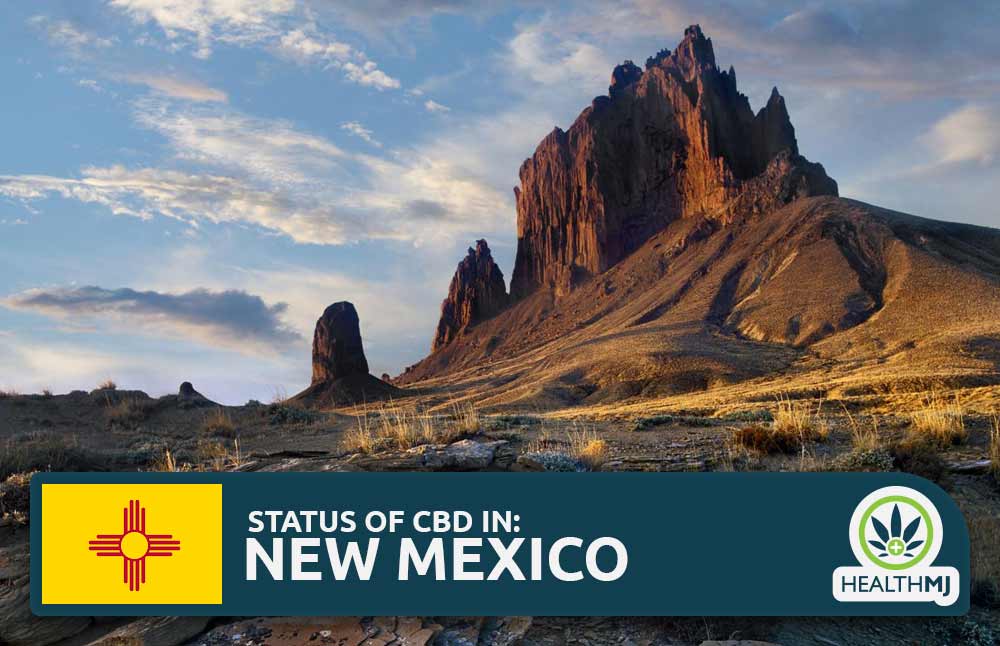 New Mexico offers both a medical marijuana framework and a simple path to acquire low-THC CBD for those who cannot obtain a card. This makes the state a relatively friendly one for consumers looking to try out CBD, especially those who might not be able to access a medical marijuana card. For the most part, legal questions concerning CBD require readers to understand an important distinction between two different types of drugs referred to as CBD.

On the other hand, CBD derived from the hemp plant causes no significant impairment, cannot show up on most drug tests, and remains legal for all consumers in the state of New Mexico. Much of this legalization comes from the state’s recognition of the Federal Farm Bill of 2014, which legalized the entirety of the industrial hemp industry in New Mexico. Even so, a few important rulings and statements might complicate matters for some hemp-derived CBD users in the state.

The state of New Mexico has been relatively clear that medical marijuana is both legal and accessible in certain circumstances. The Lynn and Erin Compassionate Use Act was passed in 2007, and it extends the right to use marijuana products to all constituents which obtain the verified signature of a licensed medical professional. Additionally, users of this law must submit an official application for their MMC, or medical marijuana card, to the Department of Health for New Mexico.

Additionally, the state’s laws created an efficient framework for the formation of new medical marijuana dispensaries, which can now be found in all parts of the state.

While hemp-derived, low-THC CBD remains legal for all citizens in New Mexico, the state has warned that CBD and hemp products produced outside of the state are still illegal. While this might not mean much for the average consumer in practice, it does create a new set of concerns for vendors—especially those who source their products out-of-state.

For the average CBD user, however, New Mexico allows both the traditional purchase and the online purchase of CBD products, so long as they are derived from the industrial hemp plant and remain below the legal THC limit set by the 2014 Farm Bill.