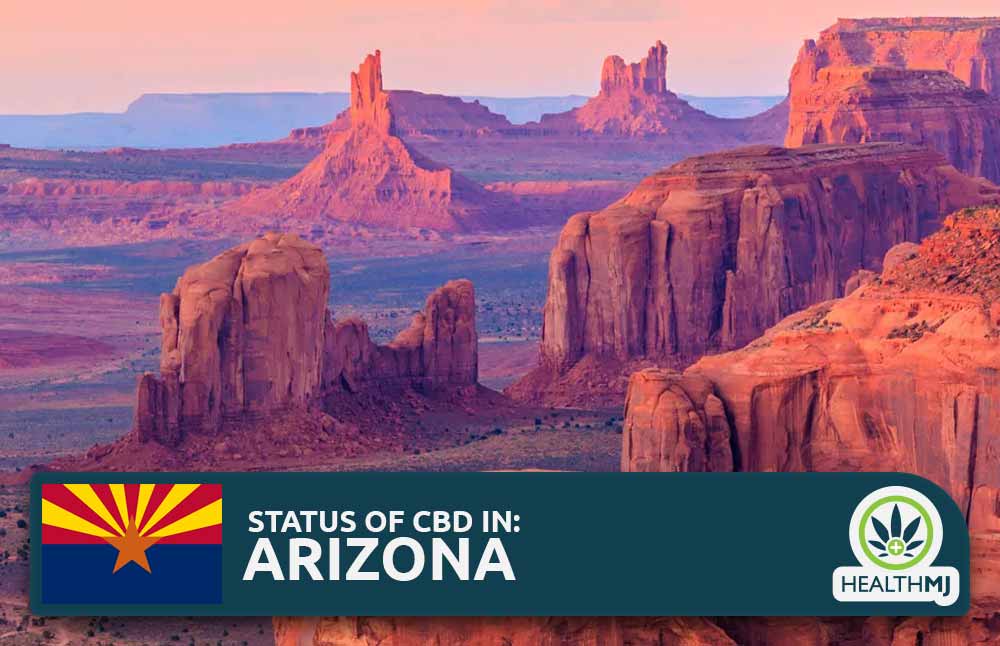 Cannabidiol has become a popular go-to option for men and women who are looking for relief from a range of conditions, such as stress, anxiety, and inflammation. With the passage of the 2018 Farm Bill, states have the power to determine the legal status of CBD in their own jurisdictions. Every state is different and when it comes to Arizona, here is the information that is out there concerning CBD’s status:

Arizona passed the Arizona Medical Marijuana Act in 2010. Under the Act, medical marijuana is permitted for use by qualifying patients. There are two types of qualifying patients, “Adult Patients” and “Patients Under the Age of 18.” Different regulations apply to each, so those who are interested in applying for qualification must meet the requirements.

The Arizona Department of Health Services provides a plethora of information on medical marijuana, but it also has a notice on its site concerning concerns over debilitating medical conditions. There is no consensus yet as to what such a condition is. As a result, the notice states that “The Department will accept petitions to add to the list of debilitating medical conditions from January 21 to 25, 2019. Petitions will be accepted via U.S. Mail only at P.O. Box 19000, Phoenix, AZ 85005 and must be postmarked by the last day of the petition cycle.”

Though there is no indication as to the results of the petition cycle, if anything does go forward, it may provide users with more insight as to what qualifies them for a medical marijuana card.

What is Usable Marijuana?

The issue with CBD is that it can be derived from various parts of the plant and many brands sell CBD, CBD oil, hemp, and hemp extract from the parts of the plant that are not designated as usable marijuana. This is the reason that medical marijuana qualifying patients must be careful concerning the products that they buy. Anything other than the dried flower, according to the definition of usable marijuana, seems to be banned.

Qualifying patients who are permitted to use medical marijuana should also be aware that there are limitations to the act. As the Act explains, “This chapter does not authorize any person to engage in, and does not prevent the imposition of any civil, criminal or other penalties for engaging in” certain conduct. This conduct includes “undertaking any task under the influence of marijuana that would constitute negligence or professional malpractice” or “possessing or engaging in the medical use of marijuana” in public spaces, such as a school bus, on the grounds of any preschool or primary or secondary school, and in a correctional facility.

As for the use of marijuana, it cannot be used on any form of public transportation or in a public space. These are just a few of the examples identified in the act. Medical marijuana qualifying patients should read the act to determine the exact scope of the limitations. This way, users can use medical marijuana safely and smartly.

Arizona’s Governor Dough Ducey signed a bill allowing for an industrial hemp pilot program. According to the news release, SB 1098 provides funding for the Arizona Department of Agriculture’s (AZDA) agricultural pilot program, which allows “universities and those with a license from AZDA to begin cultivating industrial hemp – the fiber form of cannabis.” The hemp must have a THC level below 0.3.

Also according to the news release, “Industrial hemp grown under the pilot program would be an agricultural product that requires a grower, transporter or processor to obtain a license from the AZDA.” Further, the news release highlights the hope for the bill, which is that it may open the state to the possibility of a new agricultural product and have a positive economic impact on the state.

Overall, qualifying medical marijuana patients in possession of a valid ID should ensure that they are purchasing products from a legitimate dispensary and products that are made only from the qualifying part of the plant. Users are encouraged to read through the legislation to understand its parameters and to stay updated of any changes, for good or for worse, in the law of the state.