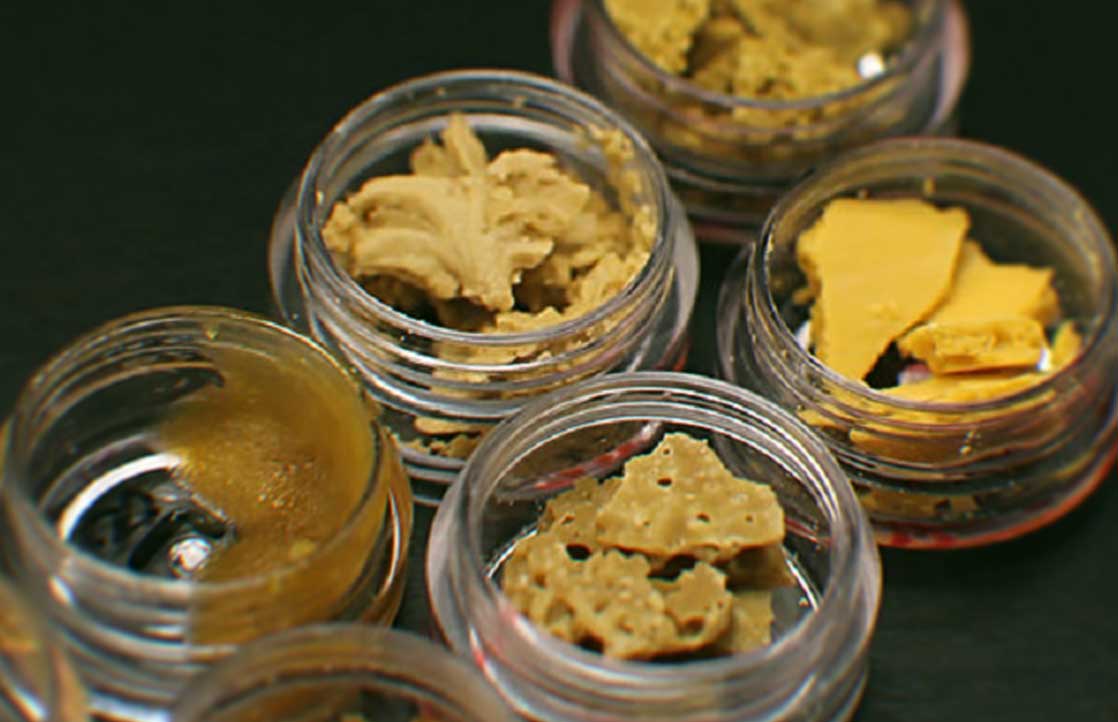 What are the active ingredients of concentrates?

How are concentrates made?

THC and CBD (and other cannabinoids) are extracted from the cannabis plant either with solvents or without solvents (solventless). Common solvents include carbon dioxide (CO2), butane hash oil (BHO), ethanol, and hexane, while typical solventless methods use heat, pressure, or water.

Extraction methods are a hotly debated topic. Some argue that certain chemical solvents can leave behind residue that makes the finished product less pure or safe. Others argue that certain solventless methods, such as heat, can reduce cannabinoid levels or strip out the terpenes.

What do consistency and color tell me?

Concentrates are basically oils that can range from thick and sticky, like wax, to thin and watery, depending on the extraction methods used. In general, lighter color and greater transparency indicate fewer impurities and a cleaner flavor.

What kind of concentrate is best for me?

That depends on many factors and preferences, such as where you live (what state), how you use it (vaping, edibles, topicals), your manual dexterity, what your dispensary offers, and what equipment you use (vape pen, vaporizer, dabbing equipment, glass pipe, household oven, etc.).

Have you tried using concentrates to treat your illness? If so, what illness, what did you try, and did it help?