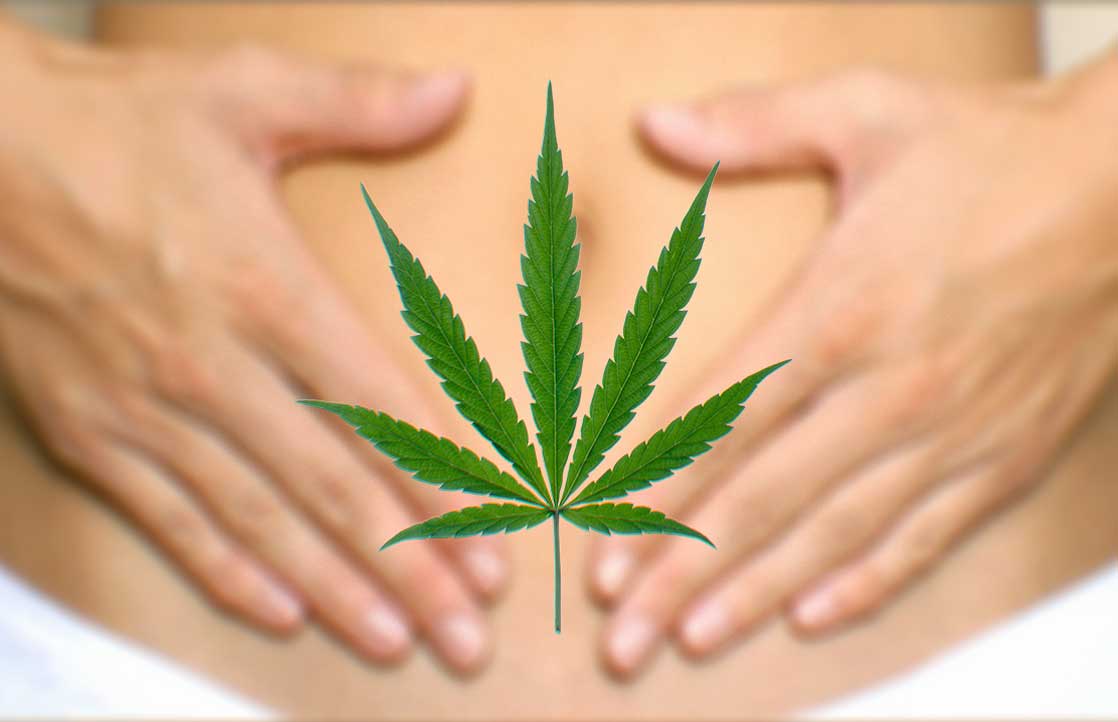 This article was written by Erin McDonald and originally appeared in Cannaeffect.org.

When you start experiencing symptoms and side effects from the medications that were prescribed to you to help the symptoms you already have… you know there is an issue at hand. This is the interview of a woman who suffered from years of vicious pharmaceutical cycles and finally had enough and switched to medical marijuana and CBD oils to bring her back to living life in a way of consciousness instead of comatose.

What medical condition have you been struggling with?

How long have you been experiencing your medical condition?

Since I was 19 years old I had the symptoms of interstitial cystitis, but when I’d go into the doctor’s office I was told that because of the blood in my urine it must be a UTI and so I was prescribed antibiotics and sent on my way. I continued to be misdiagnosed for the next 12 years until I was finally sent to a specialist at UCSD Medical Center where I was then officially diagnosed with severe interstitial cystitis. But because I had been misdiagnosed for all those years and been prescribed antibiotics monthly or even sometimes, bi-monthly, I now had a compromised immune system. It’s a vicious cycle, honestly. When you take antibiotics that often and that regularly, it creates a candida build-up which creates its own host of medical problems, which is something I am still learning about as time goes on. In my particular case, the candida overgrowth aggravated my interstitial cystitis, which would cause a flare-up. This went on for years and years. Dana Dwight on treating interstitial cystitis with CBD oil

But because I had been misdiagnosed for all those years and been prescribed antibiotics monthly or even sometimes, bi-monthly, I now had a compromised immune system.

What do you believe caused this medical condition?

The cause of interstitial cystitis is unknown. It is not a very well-known disorder, but it’s starting to get more recognition and there are more and more patients being diagnosed with this today as we become more aware of its existence.

What medications have you been taking that was prescribed to you by your doctor?

At the age of 19, I was prescribed a type of birth control which they don’t prescribe anymore, which caused me to hemorrhage. When I was diagnosed with cancer, they gave me hormone therapy for about 7 years, which they also don’t prescribe anymore because of its relation to breast cancer. So, now I also have lumps in my breasts that we are closely monitoring. I have been prescribed all sorts of medications ranging across the board – anything from pain and allergy medications to anti-depressants.

What side effects did you experience from the prescribed medication by your doctor?

When I was diagnosed with severe interstitial cystitis, I was prescribed some really super heavy-duty medications that had nothing to do with my condition; it had to do with trying to make me sleep longer so that, in theory, the longer I slept, the more urine my bladder would be able to hold. It was a very strange theory, but the bottom line was that the medications they were prescribing me literally confined me to my bed and put me in a comatose state where I could hardly even get out of bed. I was having sleep paralysis, where I would wake up in the morning and my body wouldn’t be in conjunction with my mind; my mind would be awake and my body would still be asleep, a sort of entrapment. It was really horrible and all due to the medications I had been prescribed. It was then that I decided that I wanted my life back, after years on medications that were only increasing the number of symptoms I was experiencing.

In terms of pain medications, they consistently made me feel nauseous. So, when I was faced with pain, I had to decide which was the greater of two evils: the pain or the nausea. When the pain became so excruciating that it drove me to take the pain medications, I would eventually start vomiting, which would ensue a never ending cycle that would eventually land me in the hospital for dehydration where I was hooked up to IV fluids.

When I was prescribed anti-depressants I suffered from an array of severe side-effects. They made me anorexic and not want to eat. I was extremely thin, could not eat, experienced hair loss, accompanied by a lot of nausea. When I went back to my doctor and expressed to him that I no longer wanted to take them, he told me that there was no chance of me successfully getting off of them. Most people who try become suicidal and have horrible withdrawals. I became really upset because when they had prescribed these meds to me, they had never told me that they had intended this to be a lifetime prescription and when you miss even one dose, you have very severe side effects. I desperately wanted to get off of them and that’s when I pursued alternative medicine.

What type of alternative medicine have you tried aside from your doctor’s recommendation?

I have turned to cannabis, as well as other holistic herbs, but cannabis has had the greatest success with me. It has given me my life back. It helps me disassociate myself from the pain of the disorders, so that I can focus on other areas of my life and still be productive despite the pain.

I have also tried CBD oils; if you take them at night before you go to sleep, you sleep much more soundly and wake up feeling more rested. Though, you simply have to ensure that you are purchasing high-quality CBD oils.

How long have you been using the alternative medicine?

I have been using cannabis medically for over 20 years. I’ve used it for my nausea and my appetite; I can eat now, I’ve gained weight and have a healthier-looking figure. About 2 years ago I was introduced to CBD oils from reading an ebook called Battle to Prove Cancer is Curable by Rick Simpson; which I’ve followed and used his guidance since then. More recently, I have been trying more herbal medications. I have been learning more about candida and what herbs to take for candida cleansing which has been helpful as well.

I have been using cannabis medically for over 20 years.

How have you felt since you started using the alternative medicine? Compared to your prescribed medications?

I feel like I’m alive now. I am able to function and get things done; I’m happier, my quality of life is way better! The cocktail of pharmaceuticals I was on really took that from me and made me comatose. But cannabis gave what was mine, back to me, and I feel alive again!

Do you think you will continue with using alternative medicine?

Yes, I do! It has worked for me and that is why I will continue using them for the rest of my life!

Are you a patient?

If you are and would like to share your own testimonial on how alternative medicine has become a part of your treatment, we’d love to share your story with the CannaEffect community!

Spread the message. Share your voice. Be an inspiration.

DISCLAIMER: The statements in this article are true experiences and real life medical scenarios of the patient. The shared results may not work for you as it varies based on each individual immune system reaction. The information regarding alternative medicine(s) mentioned herein have not been evaluated by the FDA and are not intended to diagnose, treat, cure, or prevent any disease. Always consult with a medical doctor prior to starting a new relief program such as mentioned in this article. The information herein is not a recommendation, suggestion, or medical advice to simulate the patient’s relief program. This article was published for testimonial purposes only.