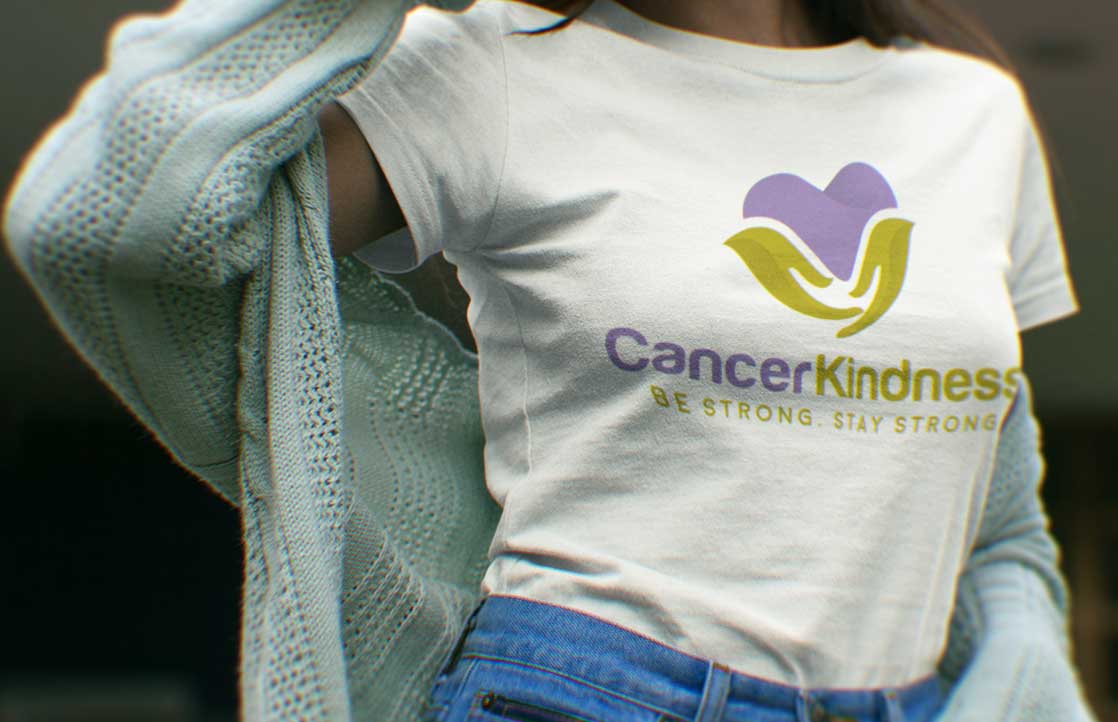 1. Students gave the money they raised for their school trip to pay for their principal’s cancer treatment.

A group of students from Profile Junior-Senior High School in New Hampshire donated $8,000 that was being saved for a school trip to their principal, Courtney Vashaw who was diagnosed with cancer. Vashaw told Today.com, “I was just astounded by their generosity… I know how hard they worked to try to plan a good last hurrah. For them to make that decision is really a testimonial to the character of the kids.”

2. An 8-year-old boy grew his hair for two years to make wigs for kids with cancer, despite being called a girl.

During Christmas of 2012, 8-year-old Christian saw a commercial for St. Jude’s Children Research Hospital, which sparked his interest in helping kids with cancer. Even though he was bullied for looking like a girl, Christian grew his hair out for two years so that he could donate it to children with cancer and hair loss.

Taylor Swift donated money to her backup dancer’s 13-month-old nephew with cancer. Taylor Swift donated $50,000 to her backup dancer’s 13-month-old nephew who has been battling cancer. In the description of the donation on the child’s GoFundMe account, Swift wrote, “Baby Ayden, I’m lucky enough to perform with your uncle Toshi on tour…All of us are praying for you and your mama and sending so much love your way. Love, Taylor.”

Steve and Laura Monks were given a fully paid for wedding with the help of a UK charity organization called Gift of a Wedding after discovering that Steve had been diagnosed with colon cancer. His wife mentioned that, “Steven is currently on palliative care and we don’t know what the future holds, but the kindness of strangers made our day completely unforgettable.”

5. An elementary school teacher with cancer was moved by a musical performance from her students.

A school choir from Public School 22 gave a touching performance by singing Martina McBride’s “I’m Gonna Love You Through It” for their teacher who was recently diagnosed with cancer. The class sang as they all held up pink carnations to support their teacher.

6. A woman carried a baby for her twin sister upon hearing that she could no longer have children.

After Allison Ardolino Dinkelacker was diagnosed with breast cancer, she was told that she not be able to have anymore children. Upon hearing that she could no longer have children, Allison’s sister graciously offered to carry her baby so that she could give her sister a second child.

7. Stranger bought a brand new juicer for a woman’s mother who was diagnosed with cancer.

Cara Duggan of Belfast, Northern Ireland was looking to buy a used juicer for her mother who was diagnosed with stage 4 oesophageal cancer and needed a juicer for her cancer diet. Cara was stunned when the man who was selling her the juicer heard about her mother’s battle with cancer and had a brand new juicer delivered to her home.

8. Friends brought a photoshoot to the hospital for their classmate who was too sick to take his senior photo.

Before losing his battle to cancer, high school senior Kevin Titsworth was too sick to leave the hospital during his cancer treatment to attend his official senior photo shoot, so his friends brought the shoot to him. A friend of Kevin’s posted a photo to Tumblr saying, “My bro couldn’t take his senior pics because of his cancer so we came to the hospital and made it possible. Love you.”

9. A husband planted nearly 400 acres of sunflowers after losing his wife, who loved sunflowers, to cancer.

Don Jaquish of Wisconsin was moved to plant a small city worth of sunflowers after losing his wife to cancer. Don founded the organization, Seeds of Hope, to sell packets of sunflower seeds and donate the proceeds to hospitals, patient advocacy, and cancer research.

10. An NYPD officer paid the fine for the mother of an 8-year old cancer patient when her car was towed outside of the Ronald McDonald House.

Charnee Merritt of New York City parked her car outside the Ronald McDonald House while her son was getting 8-year-old son was receiving treatment for his cancer. When she left the house she found that her her car had been towed and called the police. A responding officer then came directly to the Ronald McDonald House and gave Merritt the $185 for her car, and paid for a car service to take her and her son to the impound.

11. 11-year-old cancer survivor invented a special type of backpack for children who are battling cancer.

12. Co-workers donated 154 sick days to a teacher with cancer to ease her stress during treatment.

After being diagnosed with breast cancer, elementary school teacher Carol Clark of Cudahy, California had used up all her sick days but was pleasantly surprised to find that her colleagues so generously gave up their own personal sick days to help lighten Carol’s load. Carol told the LA times, “I was pretty blown away…It’s an indescribable feeling. It increases your faith in humanity.”

13. Mark Cuban paid for a couple’s wedding after cancer wiped out their life savings.

Mark Cuban, host of “Shark Tank” and owner of the Dallas Mavericks paid for Monica and Leroy Wilkinson’s wedding after learning of the couple’s traumatic misfortunes, including multiple miscarriages, a stillborn daughter, and Monica’s diagnosis with stage 4 ovarian cancer.

14. A cop dressed like Superman drove 11 hours to surprise a 7-year-old boy with cancer.

After reading about 7-year-old Bryce Schottel’s battle with cancer, Senior Cpl. Damon Cole of the Dallas Police Department drove 11 hours to surprise the boy dressed up as Superman. Bryce’s father commented on the cop’s generousity by saying, “All Bryce kept saying was ‘wow,’” In response to the officer’s kind actions, he also mentioned, “If the world had more people like that, we might be in a better place.”

15. 12-year-old cancer patient was given concert tickets from a stranger to see her favorite band perform live in concert.

22-year-old Amanda Jaramillo gave up her concert tickets for 12-year-old cancer survivor Estefania Canales see her favorite band, One Direction, perform in concert. Estefania wrote to Jaramillo: “Thank you, thank you for giving me those tickets.”

16. Members of a local community came together to celebrate the holidays early for a 4-year-old cancer patient who had only weeks to live.

Members of a local community in West Jordan, Utah had their town celebrate Halloween, Christmas, and 4-year-old Ethan Van Leuven’s birthday early when he was given only a few days to several weeks to live. Ethan’s mother, Jennifer told Today.com that, “It’s a really difficult time, but this just makes it a little bit easier just to see how many people love and support.”

17. A homeless man returns a purse to a single mother when he discovered that she was battling cancer.

When he saw that she had a public assistance debit card in her wallet, a homeless man in Pennsylvania returned a purse containing $400 to a single mom battling cancer brain cancer.

18. Police Department made a 9-Year-Old Boy with cancer an honorary member of their police force.

Upon hearing about 9-year-old Gabriel Santistevan’s battle with brain cancer, the Aurora Police Department of Colorado made Gabriel an honorary member of the force. The police department honored Gabriel with a special ceremony at their city hall.

19. A University marching band surprised a cancer patient by playing for her after she finished her chemotherapy treatment.

20. Football star Sen’Derrick Marks gave a teenage girl with cancer a night to remember by taking her to her prom in his Lamborghini.

After hearing about 18-year-old Khameyea Jennings struggle with cancer, NFL player Sen’Derrick Marks took Khameyea to her senior prom in style in his Lamborghini. Marks and Khameyea arrived to the prom and were reportedly greeted with applause and cheers from fellow classmates.

Young cancer patient Mateo sat down for a video call that he thought would be with a Spanish doctor for a consultation. When the conversation began, the patient was in awe when he found that it was Suarez on the other end.

22. Costco customers raised money to pay for a Costco employee’s vacation after he was diagnosed with cancer.

When they heard that Arlie Smith, an employee at Costco in Danville, California was diagnosed with cancer, customers came together and raised $2,500 to pay for a vacation for Arlie and his wife at a resort in Laguna Beach.

23. A group of friends shaved their heads to show their support for their friend who was diagnosed with cancer.

Friends of cancer patient Gerdi McKenna surprised their friend when they all decided to shave their heads to show their support and donated all of the hair to the Cancer Association of South Africa.

24. A man walked 645 miles to Comic-Con dressed as a Stormtrooper from ‘Star Wars’ to honor his wife who lost her battle with cancer.

Kevin Doyle walked from the Rancho Obi-Wan Star Wars Museum in Pealuma, California dressed up as a stormtrooper to honor his wife Eileen who was a big fan of “Star Wars.” His goal was to raise money for a nonprofit called “Eileen’s Little Angels,” which will provide toys with his wife’s artwork for children with cancer.